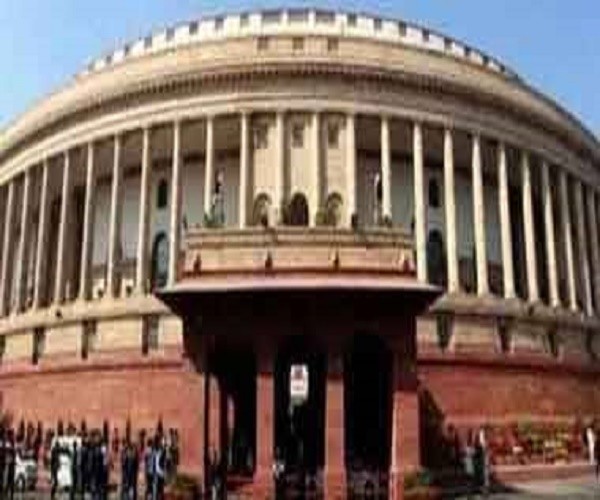 Voting to elect 58 members to the upper house of Parliament will take place on March 23. In recent years, entry of “money bags” into the Rajya Sabha has created a lot of controversy. Contractors, builders, industrialists allegedly got elected using dubious means. Because of such candidates horse-trading and cross-voting have become quite usual.

But there is another aspect of election to the Upper House that has gone unnoticed – sending lawyers to the house of elders in lieu of taking up political cases.

Voting to elect 58 members to the Rajya Sabha from different states will take place on March 23. Five of its candidates would be elected from West Bengal. On March 9, West Bengal chief minister Mamata Banerjee surprised political observers with a decision that her party Trinamool Congress will support Congress candidate Abhishek Singhvi for Rajya Sabha polls from the state.

This is not the first instance when an eminent lawyer has been sent to the Upper House of Parliament for legal services. In fact, there are several instances when political satraps have sent their lawyer to the Rajya Sabha because the legal eagle helped them in their personal cases.

In 2016, RJD chief Lalu Prasad Yadav sent eminent lawyer Ram Jethmalani as party candidate to the Rajya Sabha. Yadav favoured Jethmalani primarily because he has been legally aiding the RJD supremo in the multi-crore fodder scam cases. Although Jethmalani is a former BJP MP and was law minister in Atal Bihari Vajpayee’s government, Yadav decided to send him to the upper house because he is also known as a BJP basher after his expulsion from the saffron party in 2013.

ALSO READ:  'Join BJP' In Telangana Within A Minute And If You Want, Get A 'MLA Ticket' Within Five Minutes!

This is not the first time Jethmalani got elected to the upper house for his legal support to a leader. In 2010, the BJP nominated him to the Rajya Sabha from Rajasthan under pressure from Narendra Modi and LK Advani. He was fighting for the then Gujarat chief minister in the 2002 riots case. He was also advising Advani in connection with the Babri Masjid demolition case. Jethmalani was nominated despite protests from some BJP supporters in Rajasthan who felt the seat should not go to an “outsider”.

A section of the BJP opposed to him contending that he had contested against then prime minister Vajpayee from Lucknow in the 2004 Lok Sabha elections.

Before sending Jethmalani to the Rajya Sbha, Yadav also helped Kapil Sibal to enter the upper house way back in 1998. He secured a safe passage for the Congress candidate Sibal, by transferring to him the surplus RJD votes. An India Today report said, “For accepting legal services, some clients are always willing to pay the lawyer back in kind. Example: Lalu Prasad Yadav, the scam-struck former chief minister of Bihar and RJD president.”