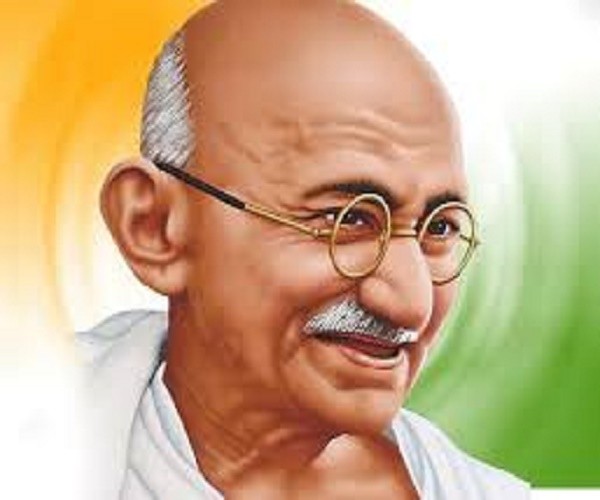 Violence is one of the biggest challenges facing our society today. Non-violence has got a bad name in some quarters because it is seen as the mark of the weak. This is not entirely untrue; throughout Indian history, it is the disarmed, powerless, even the defeated, who have most resorted to it. But does this mean that it has failed?

On the contrary, time after time, nonviolence has shown marvellous, even miraculous, results in times of the greatest civilisational adversity. Arguably, it is non-violent resistance, as exemplified by unyielding soul-force against almost impossible odds that has saved Indian or Hindu civilisation during our worst calamities.

Perhaps, this is what makes India so special in world history. As Gandhi famously declared, “Non-violence is the greatest force at the disposal of mankind. It is mightier than the mightiest weapon of destruction devised by the ingenuity of man.”

International project
It is with this belief, intention, and purpose that my friend, Mandar Apte, former management innovator and currently full-time Art of Living coach, contacted me out of the blue some months ago. He said, “Makarand, will you join me in an international project that I am sure will be very close to your heart?”

I was doing too many things already, feeling not just the stress of over-commitment, but also the dilution of spreading myself too thin. I hesitated but did not say no. I respected Mandar, who had “graduated” from a lucrative 17-year management innovation stint with the global oil and gas major, Shell, to repurpose his life under Sri Sri Ravi Shankar’s mentorship and guidance.

ALSO READ:  The Corrupt Politician Is A Clichéd Narrative

Being a marketing professional, Mandar took his pitch to a totally different level: “How would you like to work with a team to make a peace bomb?” A peace bomb! My mind flashed with the possibility of creating a sort of counter-Manhattan project, which had produced the first atom bomb.

Sensing his advantage, Mandar — to carry on with violent metaphors for non-violent acts — moved in for the “kill”. He said softly, “Just imagine doing this to commence the 150th anniversary of Mahatma Gandhi’s birth?” To design, develop, and “explode” a peace bomb at the start of the sesquicentennial celebrations of Bapu’s birthday, October 2, 1869, was an opportunity not to be missed or bypassed. I had bitten the bait and was hooked.

Inspired by Martin Luther King Jr’s historic 1959 trip to India before he launched the Civil Rights movement in the US, Mandar started a social impact initiative called “From India With Love”. To begin with, it was meant to reinvigorate the nonviolence movement in the US.

After, all, King had gone to India to study not just Gandhi’s teachings, but to learn how he had converted them to the world’s greatest resistance movement against the violence and oppression of British colonialism. King returned to America to implement similar techniques. King’s own study, reflection, and methodology of non-violent praxis are enunciated in key texts like “Letter from Birmingham Jail”. “To other countries, I may go as a tourist, but to India, I come as a pilgrim,” King had remarked. Mandar put in all his time and energy to bring contemporary peace pilgrims to India. As he moved along, Mandar realised that Indians too need to re-learn non-violence.

ALSO READ:  Finding 'Who Is Mensurating', 'Strip-Searches' Conducted To 40 Girls By College Hostel Warden In MP

Reducing violence
Mandar’s journey in organising the forthcoming “World Summit on Countering Violence and Extremism”, September 28 to October 3, 2018, has been nothing short of magical. I had experienced part of that magic when I myself signed up to be a partner and resource person. But now, as the summit nears, I am excited to be a student and learner too, not just a facilitator or participant.

That is because Mandar is bringing a team of civic leaders and change-makers including mayors, educators, policymakers, police executives and former gang members mostly from the US, but also from other parts of the world, to India. Here they will meet their counterparts to create support networks and work at real solutions to the violent challenges that confront our world today. The main theme is how to reduce violence and promote compassion in our daily lives as well as in wider social, political, national, and international spheres.

Lasting solution
The summit is an important interfaith dimension we wish to harness, as did Bapu himself, the resources of the world’s diverse religious and spiritual traditions. Visits are included to the Jewish Chabad House, Mani Bhavan Gandhi Sangrahalaya, and the Jain Temple in Mumbai. We will then move to the Art of Living headquarters, Bengaluru, where we will break out into Peace Innovation Cafes.

These “unconferences” are meant to unlock the participants’ creative potential as well as work concretely towards specific and cooperative peace initiatives. The culmination of the journey will be the “Nonviolence Masterclass” with “Gurudev” Sri Sri himself on October 2, Bapu’s 150th birthday. The motto is: “Feel inspired, discover solutions, leave a legacy.”

“Violent extremism”, as the summit prospectus says, is “one of the biggest challenges facing our global society today,” but at a deeper level, “violence happens anytime, anywhere.” The key question for our times is, therefore, how to reinvigorate principles of nonviolence. Violence begins in our minds and it is only by radically transforming our consciousness that we can find a lasting solution. #KhabarLive

#KhabarLive Hyderabad is an independent, new-age digital news publication managed by professional journalists, technocrats, content engineers, and dynamic web visualizers. #KhabarLive focuses on what we have identified as the social, political, economic, and cultural life of Hyderabad. #KhabarLive runs through a cluster of not for profit sustainable business models and does not depend on big money bags and advertisements for its revenue. This gives us the ability to stay fiercely free and independent from any pressure and yet not burden our readers with paywalls. #KhabarLive is not politically partisan. It stand for certain principles such as individual liberty and enterprise, free markets, a small state, openness, and cultural rootedness, that is mindful of India's diversity. It is not a mouthpiece of any political party or individual.
Contact us: editor@hydnews.net | hydnews@gmail.com
© #KhabarLive Hyderabad 2017 - 2020. All rights reserved. Powered by KhabarLive News Group