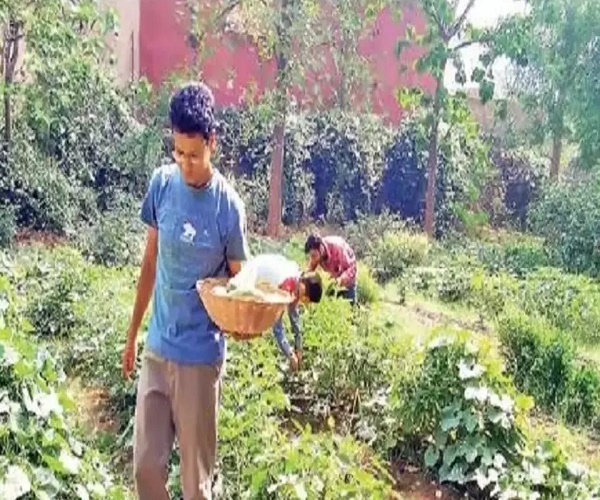 Most people living in apartments are deprived of the luxury of owing a terrace or garden farm, where they can grow vegetables. Yet, many living in big cities dream of spending their time on a farm after retirement and eat the produce of their own farm.

Now, to live that dream you won’t have to leave behind your city life nor live at a farm. Hyderabad-based Farmizen — a farming Airbnb of sorts — is connecting urbanites to farmers who help you rent a mini-farm and grow your organic veggies.

What’s more, you get to see the harvest not only through pictures and videos but you can also visit your farm over the weekend. It was the question: whether the organic veggies we buy from the market are truly organic or not that got co-founders — Samer Rddy, Gitanjali Rajamani and Balasubramanian — thinking. In 2017, they founded Farmizen, an app based service to rent a mini-farm and grow chemical-free vegetables.

ALSO READ:  AIMIM And The 'Political Contours' Of Old City In Hyderabad

This concept not only helps the urban buyers but also provides regular income to farmers. After Hyderabad, the startup has now expanded to other Telangana major cities. In the next phase of growth, it plans to enter Bangalore, Chennai, Pune, and Mumbai. The third phase of growth would take it to Delhi and other cities.

Both Sameer and Bala have been techies. In 2006, after quitting their jobs, they went on to create their own startup and later sold it to Yahoo. The other co-founder Gitanjali had set up an urban gardening startup earlier after quiting her job at Tata Consultancy Services (TCS). In 2016, they all got together to grow their own food by taking a patch of land.

After initial success they set up Farmizen and raised an angel round of $300,000. From one farm to begin with, they now have 22 farms with 40 acre of land. Currently, they are serving 1500 subscribers with around 100 farmer partners. They plan to take the number to 100,000 subscribers. Reddy says, “The aim is to get to 100 cities with 1,000 subscribers each and we will have an annual revenue of Rs 300 crore.”

With a team strenght of 11, the startup plans to raise preseries A once it crosses the 2,000 subscribers mark. In the 50:50 revenue sharing model with farmers, the startup takes care of delivering, marketing, technology, customer servicing, farm inputs and supply, while the farmers take care of the entire crop. So far, the startup has seen 5-6 percent of churn in customers. With almost 15 types of crop a customer can grow a good 5 to 6 kg of weekly produce.

‘Jawa Motorcycle’ – A Time To Ride On ‘Nostalgia’

Sweet Lassi: The Super Street Drink Of Hyderabad In Summer