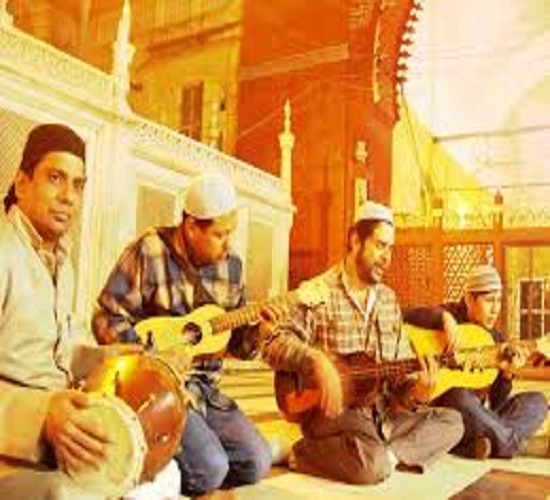 A few yards away from ‘Sihr-e-Baatil’ Kaman (the arch of magic breaker) near Gulzar Houz, an event on January 22 evening will enthral every Hyderabadi who loves Sufi music interspersed with mysticism and stands for the universal brotherhood of mankind.

The Basant Sufi festival at the dargah of Shah Muhammad Qasim, popularly known as Hazrat Shaik Ji Hali, stands as the testimony of the Ganga-Jamuni Tehzeeb (Hindu-Muslim unity) of Hyderabad.

The Basant Sufi festival is a revival of the grand old tradition initiated by the Qutub Shahis about five centuries ago and followed in toto by the Asaf Jahi rulers till their downfall in 1948.

Basant festival has been held at the dargah for the last three years. This year’s celebrations will witness singing of qawwalis dedicated to Basant by saint-poet Amir Khusro. The Sufis may trace the celebrations of the festival of spring (Basant) to Amir Khusro eight centuries ago. However, as far as Hyderabad is concerned, the tradition was introduced by the Qutub Shahis during the regime of Ibrahim Qutub Shah IV, where the rulers would join the Hindus in celebrating Basant Panchami, when Sri Saraswati, the Goddess of learning and knowledge, is worshipped.

Yellow was the norm and the participants would wear yellow clothes. Garlands made of yellow marigold were used to decorate the royal palaces and streets. Later Qutub Shahi rulers as also the Asaf Jahis continued the tradition as it upheld Hindu-Muslim unity for which Sufi saints in India had stood for.

Hazrat Muzaffar Ali Soofi Chisti, custodian of Hazrat Shaik Ji Hali dargah, told KhabarLive that Basant Sufi festival would help integrate humanity and create atmosphere of oneness, amity and peace. Basant Panchami is celebrated on Magha Shukla Panchami, which falls in January or February. “This festival has been adopted by Indian Muslims particularly Sufis of Chisti Order in the 12th century to celebrate at Dargah of Hazrat Nizamuddin in Delhi and ever since, has been observed by the Chishti order,” Ali Soofi said.

INTACH Telangana coconvener P Anuradha Reddy said Basant Sufi festival has been part of Hyderabad for almost five centuries. “Everyone wears yellow. Even the flowers used are yellow. They represent Indian tradition and blend of Hindu-Muslim culture for which Hyderabad stands for,” she adds.

“Asaf Jahi rulers used to hold four grand durbars every year. One one of them was on Basant Panchami — the others being Id-ul-Fitr, Bakrid and Nowruz (Persian New Year). During one such Basant celebration, first Urdu woman poet Mah Laqa Chanda had dedicated a Basant song for Nizam II, Nizam Ali Khan,” said former member of the official language commission and Olympian Jeelani Pairak.

Ibrahim Qutub Shah even distributed diamonds in charity during the Basant celebrations. #KhabarLive

Can ‘Ayushman Bharat’ Or ‘Arogyasri’ Succeed Without Regulating Private Hospitals?

The Story Of Sexually Harassed On Streets, Abused At Home, Abandoned...