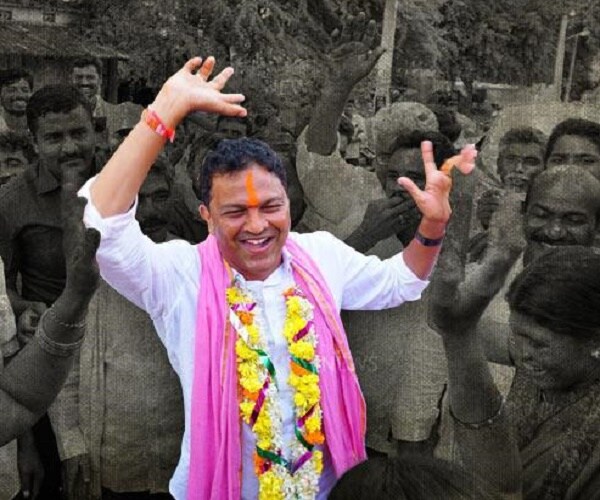 The ruling Telangana Rashtra Samithi (TRS) swept the bye-elections to Huzurnagar Assembly constituency, where the counting of votes began on Thursday. The polls were seen as a litmus test for Chief Minister K Chandrasekhar Rao’s party as it came a year after he was voted into power for a second term.

It is an important victory for the TRS, as it had never won the seat since it was created in 2009 during the delimitation of constituencies, as it was held by the Congress.

Saidi Reddy of the TRS established an early lead of 2,476 votes in the first round over his nearest rival Padmavathi Reddy of opposition Congress party. Padmavathi is the wife of Telangana Pradesh Congress Committee (TPCC) chief Uttam Kumar Reddy. The margin kept growing and exceeded 20,000 votes as the counting continued.

Election Commission officials said that there were a total of 22 rounds of counting. They had arranged 14 tables for the counting process, which was completed by around 1 pm.

The constituency, with over 2.36 lakh eligible voters, had recorded 84.75% polling in the bye-election held on October 21. This was also the first election since the TRS retained power in the state in December 2018.

A total of 28 candidates were in the fray in the bye-poll, necessitated by the resignation of Uttam Kumar Reddy following his election to Lok Sabha from Nalgonda constituency in the polls held earlier this year.

The Bharatiya Janata Party (BJP), had fielded Kota Rama Rao, and was looking to increase its vote share, while the Telugu Desam Party (TDP), had fielded Chava Kiranmayi. Popular journalist-turned-politician ‘Teenmaar Mallanna’ also made his debut as an Independent candidate in this bye-poll.

In 2018, Uttam Kumar Reddy had retained the Huzurnagar seat by defeating Saidi Reddy of TRS with a margin of 7,466 votes. While the Congress had won three Lok Sabha seats out of the 17 earlier this year, it has been left battered in the state, after more than two-thirds of its MLAs defected to the TRS after last year’s Assembly polls.

Authorities had earlier said that they had made elaborate arrangements for the peaceful conduct of the bye-poll, with the Election Commission deploying nearly 1,500 security personnel and 965 electronic voting machines (EVMs). #KhabarLive

In Telangana, Congress-TDP Combine Fogging Out TJS And CPI From Prajakutami!