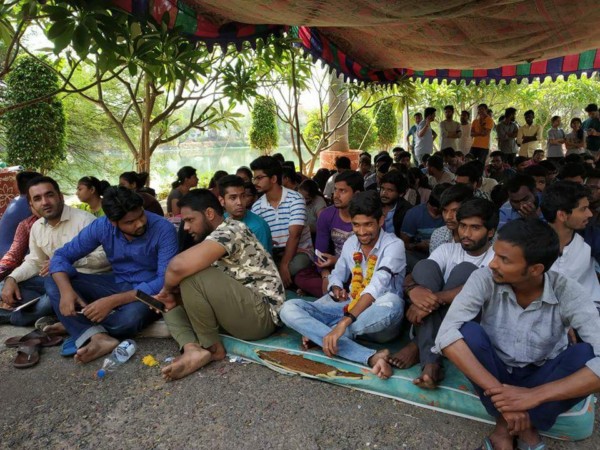 The students of National Institute of Tourism and Hospitality Management (NITHM) have been protesting against the director of the institute for the alleged mental harassment on students. The college management and students had submitted a report to TSTDC MD Manohar and the course of action to be initiated to the management before April-end. The student’s alleged that the director Chinnam Reddy is acting like a dictator and he wants the students to oblige to whatever he says.

The alleged dictatorial behaviour by Director has put many students under great stress. The students said that the pattern of internal examination was changed thrice three days before the exam date. This sparked to the ongoing the protest by students. Also, the students have knocked the door of officials of State Tourism Department Chandulal, and the Tourism Secretary Venkatesham for help. However, no action has been taken towards the director. Students demand the management to remove the director as part of the protest.

A third-year student of NITHM Ishaan said, “The director has mentally tortured all the students in many ways like not giving proper marks, intentionally hurting students and behaving rudely with them. The institute is good, but the director tortures us mentally with his behaviour.” Also, at the time of admissions, the management had promised us that exam pattern will not be changed but the exam pattern was changed now.”

Another student Gowtham said, “We are happy that ABVP is supporting us, but the tourism minister and managers are not taking any action towards them. The institute director Chinnam Reddy is trying to exploit the students and whenever, we try to talk to him, he behaves rudely, forces us to work the way he wants. He uses abusive language in front of the class and faculty. Also, the secretaries are being harassed mentally.” The director also threatens the students saying he had political influence, he added.

Many student unions declared their support to this protest. Maulana Azad Urdu University Students Union also extend their support to this cause. In a social media statement MANUUSU president Ataullah Niazi and vice president Abdullah Asim supports protesting students of NITHM. They said despite police tried to disrupt the protest, ‘we joined them to strengthen their genuine cause’. #KhabarLive