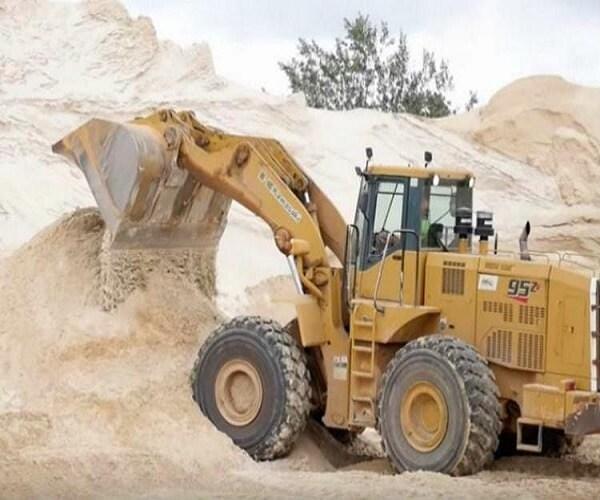 The government of Andhra Pradesh has denied allegations that the suicides were due to unemployment, saying that they were due to personal reasons and are being politicised by opposition parties.

Polepally Venkatesh, a plumber from Guntur district in Andhra Pradesh, took his own life on October 2. A video that he had recorded before his death surfaced on October 28, in which he talked about being without work for four months.

“The situation is not good. There is no work. I don’t have the means to provide for my wife and children,” Venkatesh had said in the video. Around the same time, two more construction workers in the state reportedly took their lives.

Opposition parties claim that as many as 36 to 50 construction workers have died by suicide so far, because of unemployment caused by a shortage of sand needed for construction activity, ever since the YSRCP government came to power. The government has denied these allegations, stating that the suicides were due to personal reasons and are being politicised by the opposition parties.

The verbal spats between the ruling and opposition parties continue. Meanwhile, Rashi, Venkatesh’s 21-year-old wife, is left to fend for herself and her child. As she talks about how Venkatesh had been stressed for months due to lack of work, she goes on to blame herself.

“I should’ve understood his problems. Instead, I was concerned only with our son’s health and with putting food on the table. I would constantly ask him to bring groceries or arrange money for our son’s medical expenses. That would really upset him,” Rashi says.

Rashi, who was married to Venkatesh for nearly three years, has a 14-month-old son, who has been diagnosed with testicular hydrocele. “Doctors have told us that he needs surgery, but he is very lean and needs to be fed well so he puts on some weight first. These were my only concerns. This is why I pestered Venkatesh constantly and we ended up fighting often, though he kept pleading with me to understand that there was no work,” she says, in a heartbreakingly regretful voice.

For the past month and a half since they lost Venkatesh, Rashi and her child have somehow managed to get by with help from relatives. While the Telugu Desam Party has offered a financial support of Rs 2 lakh for Rashi and her child, there are loans amounting to more than Rs 1 lakh to be repaid, apart from the child’s surgery which is expected to cost around Rs 40,000 to 50,000.

“I got married before I could complete my intermediate education. I’m desperately looking for work to provide for my child, but he also needs constant care,” she laments. With no financial assets of their own, the financial condition of the family, which was already fragile, has now become even more precarious after Venkatesh’s death.

Raavi Gopi, a tractor driver from Piduguralla mandal of Guntur district, killed himself on October 29. Like Venkatesh, he is survived by a two-year-old child, and his wife who is pregnant. His family’s situation is very similar to Rashi’s, according to Gopi’s paternal uncle Babu Rao.

“His work involved transporting sand. They have no agricultural land or any other capital. He was entirely dependent on daily wage labour. With no income for months, and pressure from people he had borrowed money from, he probably decided to take the drastic step,” Babu Rao says. With no collateral for bank loans, Gopi had taken informal loans locally, amounting to nearly Rs 1,80,000, Babu Rao says. “The monthly interest on the loans ranges from 3 to 4 per cent, and sometimes higher than that,” he adds.

The children of Botla Venkatrao, a 63-year-old construction worker from Nadendla mandal in Guntur who also died by suicide on November 7, tell a similar story. According to his daughter Malleshwari and son Suresh, Venkatrao had accumulated a debt of nearly Rs 5 lakh, for building a house and other expenses.

“We have no farmland. Without income for the past few months, my brother had to discontinue his bachelor’s degree,” says Malleshwari, who is married and lives with her in-laws and is now helping her family out after her father’s death. Their 50-year-old mother is also dependent on daily wage labour, Malleshwari says.

Opposition parties have held protests demanding a compensation of Rs 10,000 per month for workers forced into unemployment, and an ex gratia ranging from Rs 5 lakh to Rs 25 lakh for families of the suicide victims.

Earlier this month, following Pawan Kalyan’s ‘long march’ against sand scarcity in Vizag, Minister for Municipal Administration Botcha Satyanarayana had told reporters that a compensation can be considered only once the deaths are proven to have been caused by sand shortage, and not due to personal reasons. The minister also stated that there was no clear mechanism in place to provide such compensation.

On the other hand, union leaders earlier claimed that there are already funds for the workers under the state’s Building and Other Construction Workers Welfare Board, from which the compensation must be paid. However, many construction workers remain unaffiliated with the union and several others from other professions are indirectly dependent on activity in the construction sector.

While the state government continues to deny that the sand crisis has caused deaths and claims to have stepped up measures to increase the supply of sand, the fragile financial condition of workers who have been unemployed for months continues with no immediate solution in sight. #KhabarLive