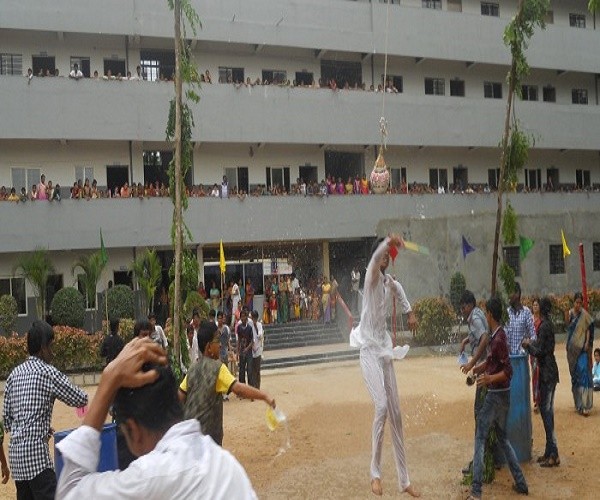 More work needs to be done in the Central Board of Secondary Education (CBSE) bylaws in order to plug loopholes to prevent schools from profiteering, says a Hyderabad-based parents association in their analysis of the recently released CBSE bylaws. The Hyderabad Students Parents Association (HSPA) will write to the CBSE with proof of violations of these bylaws committed by several schools in the city.

The bylaws ensure the prevention of commercialization and profiteering of schools both directly and indirectly, observed HSPA, “There is an ample scope of improvement in terms of plugging various loop hopes to prevent profiteering by schools,” it said.

Under the new bylaws, the control of the education society, trust, or company should not be vested with a single individual or members of a single family, neither should the bank accounts be affiliated to any of the aforementioned. No part of income from the schools can be diverted to any individual or trust either.

“To bypass the requirements of an individual not getting a license to run a school, many have registered education societies mostly with their own families. Such societies in the city will have to either rectify or find another means to bypass these rules,” further observed the HSPA in their report, “We will soon be writing to CBSE with proofs of violation of the bylaws by several schools in Hyderabad. It will be a test to see to which extent CBSE will back its own rules,” it added.

If on one hand, the government has tried to bring in more accountability by the school management, on the other hand, the processes for getting a CBSE affiliation has been made easier. Earlier, in order to become affiliated with the CBSE, schools needed to fulfil infrastructure criteria and undergo two inspections, one by the state education department and the other by the CBSE itself.

The second inspection by the CBSE has now been done away with and in its place schools seeking affiliation only need to obtain a ‘No Objection Certificate’ (NOC) from the District Education Officer. CBSE then must grant the school an affiliation within a year.

However, as a measure of check and balance the government will grant only a three year initial affiliation period, and conduct inspections every 3 years for infrastructure and 5 years to inspect learning outcomes. This move has been largely welcomed, though with caution.

Speaking to #KhabarLive, Ashish Nadari, of HSPA said, “The outcome and impact of the new rules can be understood over time.” He draws attention to the particular bylaw which could pose a problem for a lot of schools, “One bylaw states that campus that runs CBSE classes cannot have other classes affiliated to other boards like state or ICSE for example. This will put a lot of schools in a problem, it will be interesting to see how the schools react,” he said.

If HSPA has taken a ‘wait-and-watch’ approach to the changes made in the bylaws, others have called the new rules an abdication of responsibility by the CBSE. “The CBSE’s revamped bylaws to award affiliation to schools needs to be welcomed, but in other areas, they are abdicating their responsibilities. By delegating the approval processes to check the facilities, infrastructure etc to the state governments, the quality of CBSE schools may get affected.

The reality is that no CBSE affiliated schools care about the state government or their officials. Getting a NOC from the State Education Department is not a problem to the management. ‘Paisa mein paramatma’, money can acquire NOC even without a name board. Hence CBSE’s decision will further dilute its status,” stated N.Narayana, the state president for Telangana State Parents Association. #KhabarLive

Why Did ‘Our Students’ Became Criminals?