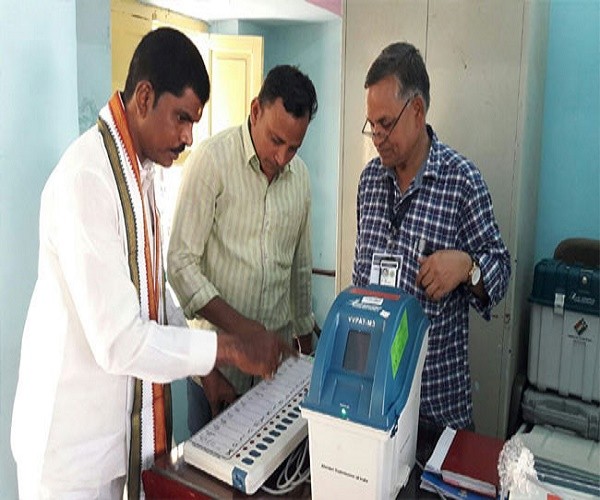 Voters may have a tough time finding their polling booths on the election day, as some voters have been assigned to booths that are different from their earlier ones. Even family members living in the same address may end up voting at different polling booths in this election season.

Iftekhar, a resident from Santosh Nagar, was surprised to find that his name was not in the list in the nearby polling booth, where he usually casts his vote during elections. All his other family members are in the list, casting doubts about possible elimination of his name. But, upon verification he found that his name was listed in another booth. “Now that we pursued the matter with the authorities, the matter has been solved,” he said to #KhabarLive.

Similar is the case in Charminar Constituency, which has four wards with around two-lakh voters. The constituency has 198 polling booths. Many of the voters were transferred from their usual booths and instances of scrambling of family members’ names are many. For example, a family of five was allotted to two different booths, which would not only create problems on the day of voting owing to accessibility, but also could discourage voters.

K Venkatesh, Congress leader and party in-charge of Charminar, said that he has been voting along with the family members at his usual booth, but this time he found that his name and the name of his family member were not listed. When he enquired with the Booth Level Officer (BLO), he found that the names were listed at a different booth. “Family members with a same address were assigned to different booths and it creates problems in voting, he said.

The Congress leader noted that around 30 per cent of the voters were transferred from their respective voting booths. He said that several voters who were visiting their earlier booth were disappointed after realizing that their names were missing from the list.

Of all 198 polling booths in Charminar Constituency, only three booths are running awareness program on the functioning of Electronic Voting Machines (EVM) and Voter Verified Paper Audit Trail (VVPAT). “Voters should be aware of the process, and it is their right to vote by using the modern technology. A representation was recently made to Commissioner for more booths to run awareness program,” he added.

Meanwhile, City Minority Vice President for TDP Mohammed Ahmed alleged that 30 bogus votes were found registered at an open plot in Himmatpura, near Khilwat. Ahmed pointed out that this kind of instances came to light during verification, but not action has been initiated. “We have lodged complaint with the concerned officials, but the votes were not eliminated,” he added. #KhabarLive