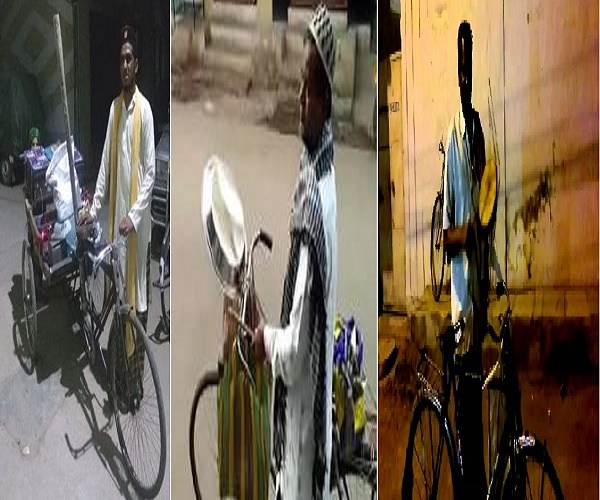 It is 3.30 am. Abdul Gaffar, 21, pulls a cycle-rickshaw affixed with a sound system that airs qawwalis. No, he is not disturbing the peace or tranquillity in the thickly populated area of Jahanuma in the old city but is actually doing a favour by waking up the pious for the ‘sehri’, the pre-dawn meal during the holy month of Ramzan.

Gaffar is among the few remaining Zohridars, popularly known as the Sehriwala or ‘Sehri Jaganehwala’, who are rewarded by the rozedars by way of money, clothes and groceries for helping them wake up for Sehri.

“This is my fifth year. Earlier, I used to move along with my father and wake up the devout for Sehri. Now I am doing it all alone,” says Gaffar, who stays in a colony in Bandlaguda near Chandrayangutta.

No seeking alms
Gaffar claims to be one of the descendants of the Derveshes, a Sufi fraternity who owe their allegiance to holy saints whose shrines are located across the country.

“Around the year we go around localities and preach in Sufi form by singing qawwalis. Acknowledging our work, people give us some money. We don’t seek alms,” he said.

The tribe of the ‘Shahi Fakeer’, or what they call themselves, is now dwindling with newer generations taking up other jobs. Their hamlets in Bandlaguda, Nawab Sahab Kunta, Shaheennagar and Chintalmet in Rajendranagar now boast of auto-rickshaws being driven by the young, instead of the cycle-rickshaws seen earlier. “The present generation is not at all interested in going around the area doing the traditional work,” says Dastagir, 57, of Nawab Sahab Kunta.

Sound boxes
The Zohridars are no longer singing loudly to wake up the devotees. “The throat pains after some time. But still, we have not switched over to music systems. We use sound boxes and have affixed a small portable music system in the cycle-rickshaws to move around the colonies,” says Dastagir.

How ‘Amazon Shoppers’ In India Is Getting Fooled By ‘Fake Product...