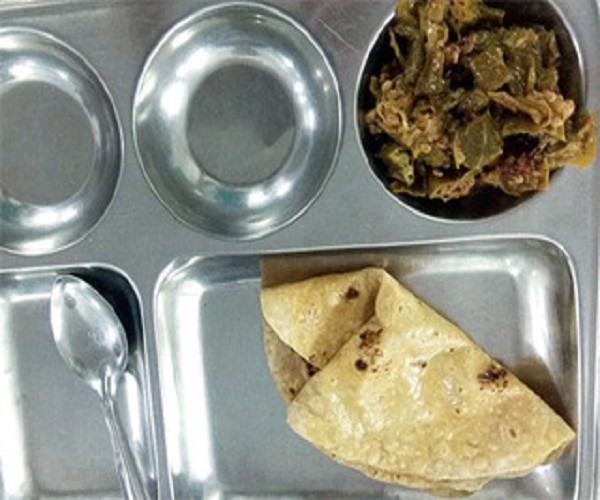 Members of social networking sites, many of whom claimed to be engineers, wondered if the separate plates policy amounted to caste discrimination and if technology institutes in India generally produced socially conservative students.

They asked why what a plate was used for mattered, as long as it was washed, and whether vegetarian students, who had expressed concerns that the plates they ate from had been used by other students to eat meat, would have objected if those plates had been used to serve gobar or cow dung.

One Reddit member interpreted this request as an admission by hostel authorities that “they don’t wash plates properly”.

Though people were outraged, many were not particularly surprised. An alumnus of the Indian Institute of Technology, Roorkee, said on Reddit: “In IIT-Roorkee, we were literally being placed behind a separate wall while eating non-veg.”

Another former student, who said he was from “one of the prestigious institutes of India”, related how the introduction of eggs to the traditionally vegetarian-only college he was in was delayed by three weeks because one student, a Jain, objected to it.

He wrote: “The day it was [going to be] served in breakfast, we got a mail…that it has to be cancelled due to a parent admitting his student to the college only for the vegetarian policy…We were serving him separate food anyway that too at odd timings before sunset. His demands were to have separate plates, separate mess where the eggs had to be cooked, separate washing of plates and separate tables to eat at. Mind you it was JUST BOILED EGGS. It took 3 weeks for egg to be reintroduced, and the guy somehow resorted to getting food from outside.”

A third member, responding to the same thread of comments, said: “Well, in my college there is separate floor for serving veg and non-veg foods.”

The IIT-Bombay case also prompted a discussion on the nature of engineering education itself and the environment of technological institutes. A Reddit member, declaring that he was an engineer, argued that “engineers are not known to be the most socially aware and liberal people in general”.

Another member observed: “The engineering institutions of this country don’t have a political culture. They are just factories for producing more engineers and that is also true for other professional colleges. The places in India with political culture tend to be arts and humanities colleges and they too tend to be few and far between. In that scenario, you can’t expect a substantial change in people’s personalities after a stint in university.”

Several posts on the subject pointed out that the policy smacked of casteism and a preoccupation with purity. One called it “straight-up caste discrimination”.

The IIT-Bombay hostel mess team denied that it had asked students to use separate plates for non-vegetarian food. “This is to clarify that all IIT-Bombay hostels always serve non-vegetarian food at a separate counter in a separate small dish,” the team said. “There are no separate plates for non-veg food. Plates are same for all. This practice has been in all hostels for a long time. Some student has misunderstood this request.”

Citing a news report on the matter on Facebook, Dilip K Kainikkara, an IIT Madras alumnus, said that the explanation that the separate-plates rule has existed for years was the “funniest part of the article”. He quipped: “True that, Manusmriti has been around for centuries now.” He was referring to the Hindu legal text, known for its casteist and sexist verses.

Another Reddit post said: “This [the separate-plate rule] is how you propagate the normalcy of blind discrimination….the idea that some are purer than others.”

Asked another: “What next, separate cutlery for Muslims and Hindus, Dalits and Brahmins?… Separate cafeterias to simplify the logistics? Separate cooks – after all, how can a non-vegetarian cook prepare pure vegetarian food if washing their hands by soap isn’t enough?…In most of India non-veg is historically linked to lower castes and Muslims, and vegetarianism is linked to Brahmins and Jains, and although these barriers are deteriorating in modern India, the ‘purity’ that vegetarians practice today are the direct descendants of full-blown caste [or] religious discrimination a hundred years ago, a fact that is conveniently ignored in public discourse today.”

The IIT-Bombay branch of the Ambedkar Periyar Study Circle commented on Facebook that “such restriction…has clear sectarian overtones”.

Others wondered what they should expect next – “untouchability”, a ban on menstruating women entering hostel dining halls, or a policy of making non-vegetarians wear “pink band[s] around [their] right arm”? One suggested it is time for another “beef party” but was told to watch out for gau rakshaks, the self-appointed and frequently violent cow protectors.

But anger was not the only response. Several participants in the debates that raged online argued that the policy was not a “big deal”.

One participant wrote: “It’s not about being progressive or conservative, if that were the case they wouldn’t serve non-veg food in the first place like some other engineering colleges.”

He further reasoned: “I don’t think most vegetarians have a problem with this because you don’t see vegetarians going to restaurants asking to be served on different plates. Most likely there was some sort of mismanagement by the mess staff in cleaning plates etc. which caused this change.”

Another agreed saying that only a few students would have protested and that there are “kulcha warriors” everywhere. Kulcha refers to culture.

Such views did not go unchallenged, however, and in one case led to a heated exchange over the difference between eating from washed plates that previously held [vegetarian] pickles and those used for serving non-vegetarian food . It was set off by one post asking, “What if I decide that no one should eat pickle on a plate I use? Separate plates for pickle eaters now?” #KhabarLive

Fakhruddingutta – The Rockers’ Paradise In Hyderabad

Osmania University To Set Up Centre For ‘Cyber Security’ And ‘Cyber...