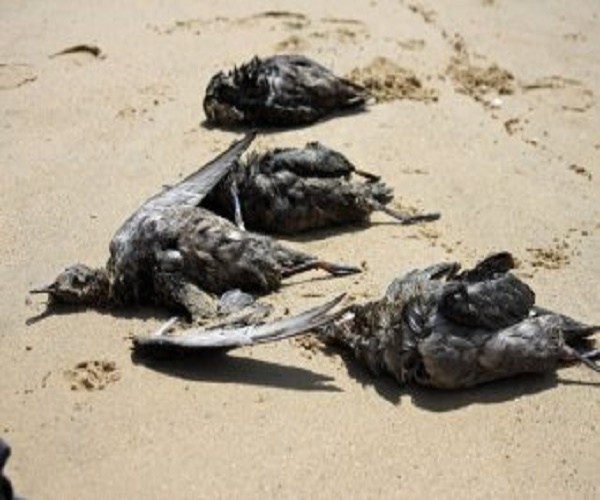 Severity of summer has taken a toll not only on human beings but also avian life with temperatures soaring up to 45 degrees or even 47 degrees C in some pockets of the city of Hyderabad. Lack of spaces to perch and rest causing them to collapse or, worse, drop down dead.

Calls for rescue
Several instances of birds dropping out of exhaustion have been noticed by concerned citizens who alerted animal welfare organisations. “Even yesterday, we received an alert from Dilsukhnagar about an exhausted bird. We rushed a volunteer to check on it. It was rescued and given first aid before it recovered and flew away,” says Mahesh Agarwal, general secretary of Bharateeya Prani Mitra Sangh.

The bird, a female common cuckoo, must have been lucky to escape death. There are times when calls come from distances that cannot be negotiated by any volunteer. Even if one reaches there covering 50 to 60 km, the unfortunate bird could have already breathed its last.

Besides, fake calls have made activists wary of even genuine callers, especially when they come from distant places.

Veterinary expert and deputy director (retired) of Nehru Zoological Park, M. Navin Kumar says more than captive birds, free ranging ones are more at risk during summer. “Birds such as cranes and storks can survive hot weather as they stay in water bodies. Those flying high are more affected,” Dr. Navin Kumar says.

Vultures, though high-flying, can survive temperatures up to 50 degrees, as their flight is above the clouds. However, kites are vulnerable as they are exposed to the sun, he says.

Barren terrains
More than heat, what contributes to exhaustion is the lack of spaces to perch and rest. Birds negotiating a terrain of barren land or where hills have been razed to ground, or rocks are blasted, are more prone to die of heatstroke, he adds.

“Normal body temperature of an ordinary fowl is 107 degrees Fahrenheit (41.6 degrees C). They are equipped to withstand high temperatures. Rainy season is more fatal for them, as showers wet their feathers and disable them from flying,” Dr. Navin Kumar explains.

Activists, too, vouch for the fact that more calls come in from city outskirts about birds from the wild than locally. “I noticed two collapsed kites in a row en-route my workplace this morning, while travelling on the Outer Ring Road. They did not seem to have met with an accident. Though I could not stop and observe from close quarters, I am positive that they might have collapsed due to heat,” says P.S. Rohith, a communications professional.

A Forest official under the condition of anonymity said a majority of the calls received by the department during summer are about peafowl deaths. “If conditions are good, birds can negotiate temperature up to 46 degrees C. Only when greenery and shade are missing, they die of exhaustion,” the official says. #KhabarLive

Mango – ‘The KIng Of Fruits’ Wins Millions Of Hearts With...

How Cricket Stump Mics Are Expanding The ‘Private Into the Spectacle’?