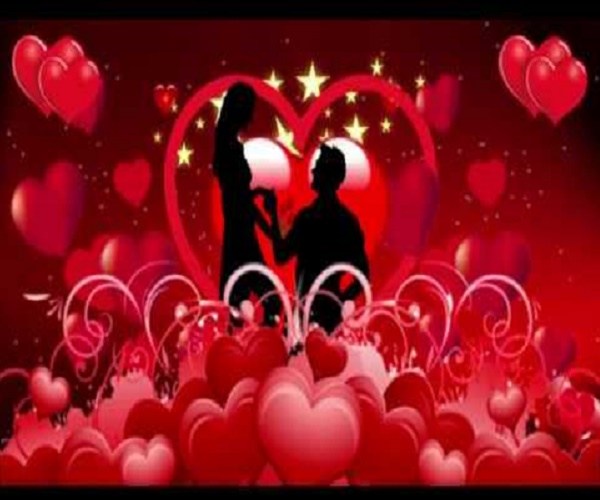 There is more to love than the garish merrymaking of the young on Valentine’s Day and it found expression in some of the greatest love stories ever told on silver screens How do I love thee? Let me count the ways.

Centuries ago, poet Elizabeth Barrett Browning had passionately shared the arithmetic of her heart with her beau. Little did she know then that love stories on celluloid would do the same thing long after she passed on. Counting the ways to love, different ways to love. And that, in the process of that counting, would give to the world some exquisite tales to live by.

Let’s talk about love. Not the meet-greet-chance-romance-happy-ending type. But those love stories that went beyond the regular and explored the many shades and hues, the delicacies and nuances of love, the subtext and different contexts.

If there is one theme that tickled the fancy of cinema across languages, it is the love with an innocent, a storyline that found expression in Telugu movies starting from Roja Ramani’s ‘Kanne Vayasu’ to Kamal Hasan’s ‘Guna’, from Chiranjeevi’s ‘Aradhana’ to the quaint ‘7 G Brundavan Colony’, and, of course, the old classics ‘Kalisi Unte Kaladu Sukham’ and ‘Mooga Manasulu’.

This story has always been told with an emphasis on the purity of love, positioned right across the aisle from the rest of the big, bad world. The landmark film in this line of story-telling, of course, is ‘Swathi Mutyam’, a pioneering effort and one of the more memorable offerings from K Vishwanath’s platter of classics.

Then there is that love that will find no logical culmination, where one partner is destined to depart from the world early. Erich Segal’s ‘The Love Story’ is the all-time mushy milestone followed closely by ‘P.S. I Love You’ and ‘The Fault In Our Stars’. Closer home, after Rajesh Khanna’s Safar, the mystic ‘Guzarish’, where a quadriplegic Hrithik Roshan is deeply loved by his long-standing nurse, Aishwarya Rai, was a movie for those who understand the unbounded emotion and won critical acclaim for the delicate treatment. Long back, Chiranjeevi’s ‘Manchu Pallaki’ was a movie that chose to tell the story of a dying Suhasini who gently shuns the overtures of the hero but leaves an indelible mark on a group of young men when she leaves.

Love that defies boundaries of social labels has been an eternal favourite of filmmakers. Inter-caste, inter-faith alliances stand out among the thousands of rich-poor affections that the cruel world chose to gleefully trample upon. From the legendary Devadas intense ‘Maro Charitra’, from ‘Ram Teri Ganga Maili’ of feudal setting to the bold ‘Anwar’, a love story set in the context of terrorism, to the latest ‘Dhadak’, there are innumerable films made on love in the context of disparity. Deva Das’ Chandramukhi and ‘Pyasa’s Gulabo are poignant samples though, of course, the contradiction seems to be more of an Indian thingy.

Cop-criminal or citizen love is a theme that stretches the limits of imagination but did throw up some interesting films, such as Criminal by Mahesh Bhatt and the classic ‘Zanjeer’. And, for Telugu cinema, ‘Nenu Naa Rakshasi’ is a bold drama where the protagonist and his lady love share shades of darkness, rather like the notoriously popular ‘Fifty Shades of Grey’ or the stunning ‘Reader’ in Hollywood.

There appears to be a charming bond between cinema and geometry, especially a proclivity for triangles when it comes to love stories. Starting from ‘Ekaveera’, where the two heroes end up marrying each other’s love interests, to Deva Das, a loser who pines for his misplaced love to death, from the classic ‘Sangam’ to the scores of films made on triangular relationships, viewers lapped up the tension and friction, the jealousy and the sacrifice that came with these tales. Hollywood dealt with this theme with a much lighter hand, as with the maverick ‘Bridget Jones’ trilogy.

What filmmakers for a long time were fearful of acknowledging the love of the ‘forbidden’ variety, Hollywood woke up early with definitive films such as ‘Maurice’, ‘The Brokeback Mountain’ and the more recent ‘God’s Own Country’, focusing on gay love. Indian cinema started finding an expression for this, starting with early work of Mira Nair’s ‘Fire’ that told the tale of love between two women to more recent films ‘Kapoor & Sons’, ‘Sisak’, ‘Memories in March’, ‘DunnoY’, ‘The Journey’, ‘Aligarh’ and others, which sometimes deal directly with love, and sometimes with the ramifications of a love with gender variations.

What has been fodder for some of the finest cinema in the world though is the depiction of emotional complexity, a love that manifests itself only between lines, as in the case of classic psychologicals, the Jim Carrey classic ‘Eternal Sunshine of the Spotless Mind’, Winona Ryder’s ‘Girl, Interrupted’, ‘Leaving Las Vegas’ to name a few. The filmmakers, of course, were not scary of fielding ghosts in love stories at all and relished building sweet bridges across worlds to bond separated lovers, with two of America’s Sweethearts, Demi Moore and Meg Ryan starring in those love stories with panache.

Valentine’s Day thrives on clichés. In substance as well as spirit. But the most complex of all human emotions, love is elsewhere too. Beyond stereotypes and straitjacket relationships. It lurks in the deepest layers of the mind, in the innermost recesses of hearts and may find expression in the unlikeliest of places. And, mercifully, cinema, the eternal opiate, has not exhausted ideas to express love. Yet! #KhabarLive

Is ‘Cock Fighting’ Ban Or No Ban In Andhra Pradesh Game...