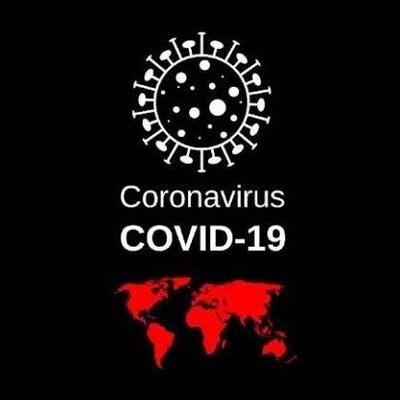 Currently, Telangana has entered Stage 2 of the COVID 19 epidemic, but can we do something urgently to halt it before Stages 3 and 4, and prevent it from becoming another disaster state?

COVID 19 — a small tiny microbe — is stronger than any current nuclear warhead on earth which threatens to disrupt and destroy global as well as Indian economy and health. As we grapple with the global COVID 19 anxiety and fear, unfortunately, we rely on social media platforms where rumours spread faster than the virus.

Currently, India has entered Stage 2 of the COVID 19 epidemic, but can we do something urgently to halt it before Stages 3 and 4, and prevent it from becoming another China or Italy? Let’s look at what COVID 19 is doing globally and what it has already done in India.

Coronavirus 19, which emerged from China but has now spread globally, belongs to a simple family of common cold viruses which look innocent and harmless unlike the sinister flu. But it has footprints of two similar epidemics: SARS (2002) and MERS (2012) apart from Ebola, which were contained well globally in the last two decades. Coronaviruses are large groups of viruses seen in humans as well as animals like camels, bats, cats, and even cattle, which India should take note of. The current COVID 19 appears to be a bat-originated beta variant of the coronavirus. The human COVID disease is fatal predominantly in elderly or vulnerable groups, such as people with chronic disease like hypertension, diabetes, cancer or people with suppressed immune systems.

It is spread via airborne droplets (sneeze or cough) or contact with surface. It is possible that a person can get COVID-19 by touching a surface or an object that has the virus on it and then touching their own nose, eyes or mouth. This creates vulnerability and susceptibility of the spread of the virus through airborne droplets and contact surfaces — which are now, therefore, targets of public hygiene for preventing the spread. The traditional Indian culture of hand washing and cleaning, for instance, is a barrier which has helped our citizens gain some degree of natural protection. But we are vulnerable due to the large population constantly travelling and working: This needs immediate containment to halt the virus spread. We are a ticking time bomb now with less than 30 days to explode in Stage 3, which will be the virus getting deeper into communities, and which will then be impossible to contain. Public hygiene in India is poor despite the “Swachh Bharat (Clean India)” movements. We need to have legislation with a penalty to stop spitting in public as well as private spaces. India has done very well to contain both SARS and the novel Nipah viral spread very well.

The COVID 19 virus possibly came from the Wuhan epicentre of central China via, very likely, animal to human transmission from animal markets. Subsequent to such animal to human transmission, as the strain spread, it assumed a large enough proportion to be called a pandemic. It rapidly transitioned across different geographies of the world including Korea, Japan, Iran, Italy and others for the WHO to declare it as a pandemic. However, neighbouring countries like Thailand and Singapore shut down their major cities and towns for a few weeks to stop it from moving onto the next stages. The big question today is, should the Indian government and the state governments stop the virus spread from Stage 2 to 3 by totally shutting down cities and towns when the economy is already fragile and on the brink?

India had its first case diagnosed on January 30, from a student who returned from China. Later, it had a very slow spread despite the global transit involved. Such individual cases will become small clusters. These clusters will then spread to communities. Currently, we have just moved from case to clusters, but we must halt the community-wide spread. COVID 19 usually follows what is known as a biphasic or dual phase infection, which means the virus persists and causes a different set of symptoms than observed in the initial bout. Also, sometimes, the recovered person can relapse.

Currently, the cases and clusters in India are simple spreaders which means an infected person with normal infectivity. But COVID 19 can also have a “super spreader”, which means an infected person with high infectivity who can infect hundreds in no time. This was reportedly seen in Wuhan where a fringe group spread the virus via a place of worship in Korea, infecting almost 51 cases. India saw a mini spurt of cases on March 4, and then again between March 10 and 13, when cases jumped from 23 to 35, yet no super spreader was present. But now we have almost crossed a hundred cases and we must be vigilant. As we enter Stage 2, we will now see a geometric jump in the number of cases which will put us at risk of rapidly transitioning from Stage 2 to 3 like Italy, which we need to halt urgently.

The ICMR has rightly advised the government to go into partial shutdown but is it too little too late now? Should Indian cities and towns be shut as soon as possible, is the central issue now.

As health is both a central and state subject, there is an urgent need to clamp down on all major cities and towns, in all aspects: From travel to mass gatherings, to schools, colleges and workplaces. Only then can we prevent an disaster situation. It’s time to halt COVID 19 by smartly locking Telangana at home so that we can have a better tomorrow. This needs a political will which we currently have. #KhabarLive

Khichidi – The One Pot Wonder Dish!

Why Don’t Ever See Any Politicians At A Fashion Show?