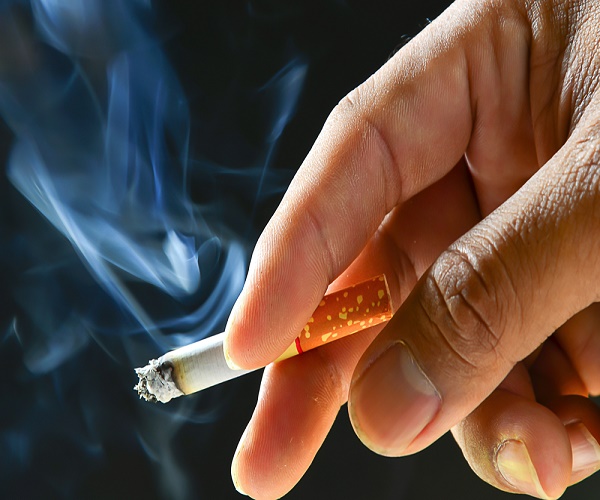 Nicotine could protect people from contracting the coronavirus, according to new research in France, where further trials are planned to test whether the substance could be used to prevent or treat the deadly illness.

The findings come after researchers at a top Paris hospital examined 343 coronavirus patients along with 139 people infected with the illness with milder symptoms.

They found that a low number of them smoked, compared to smoking rates of around 35 percent in France’s general population.

“Among these patients, only five percent were smokers,” said Zahir Amoura, the study’s co-author and a professor of internal medicine.

The research echoed similar findings published in the New England Journal of Medicine last month that suggested that 12.6 percent of 1,000 people infected in China were smokers. That was a much lower figure than the number of regular smokers in China’s general population, about 26 percent, according to the World Health Organization (WHO).

The theory is that nicotine could adhere to cell receptors, therefore blocking the virus from entering cells and spreading in the body, according to renowned neurobiologist Jean-Pierre Changeux from France’s Pasteur Institut who also co-authored the study.

The researchers are awaiting approval from health authorities in France to carry out further clinical trials.

They plan to use nicotine patches on health workers at the Pitie-Salpetriere hospital in Paris — where the initial research was conducted — to see if it protects them against contracting the virus.

They have also applied to use the patches on hospitalized patients to see whether it helps reduce symptoms and also on more serious intensive care patients, Amoura said.

The researchers are looking into whether nicotine could help to prevent “cytokine storms”, a rapid overreaction of the immune system that scientists think could play a key role in fatal COVID-19 cases.

But with further research needed, experts are not encouraging people to pick up smoking or use nicotine patches as a protective measure against the virus.

“We must not forget the harmful effects of nicotine,” said Jerome Salomon, France’s top health official.

“Those who do not smoke should absolutely not use nicotine substitutes”, which causes side effects and addiction, he warned.

Tobacco is the number one killer in France, with an estimated 75,000 deaths per year linked to smoking.

France is one of the hardest-hit countries by the coronavirus in Europe, with more than 21,000 deaths and over 155,000 reported infections. #KhabarLive