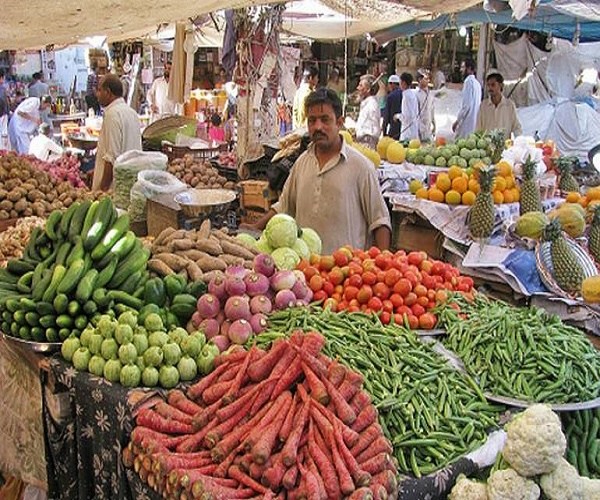 Vegetable prices shoot up as their yield falls owing to water scarcity in Telangana. Walk into the Model Rythu Bazaar at Erragadda on any given day in summer, and the prices of vegetables never fail to surprise you. For, they have been changing since the past few weeks. A case in point: one kg of tomato which used to cost ₹12 in the third week of March has shot up to ₹35-40 a kg since April 15.

Not just tomatoes, the prices of green or red chillies, cauliflower, capsicum and other vegetables have gone up too. And the prices are likely to increase further. Of all the vegetables sold at Rythu Bazaar, the highest price is of French beans’, which is ₹85 per kg.

When asked when were the prices low, a vendor waiting for customers scoffed, “Prices were low in winter, the season when we faced losses and even threw away some vegetables as no one bought them,”. She pointed at a farmer, Malugari Narasimha Reddy, who doubles up as a vendor at the Rythu Bazaar, suggesting that he has a fair idea on the reasons that lead to price rise.

“This is the trend every summer. Owing to water scarcity, our crop yield falls and thus the price rise. When we cultivate a crop in winters, lets say green chilli, the yield is only 70% and the remaining 30% goes waste. And in summers, the yield is 30% and the rest 70% goes waste,” said Narasimha Reddy, who was selling chillies grown at his farm in Nawabpet mandal in Vikarabad.

The chillies that used to cost around ₹16 per kg in winters, costs ₹50-65 per kg in April.

Narasimha Reddy, a seasoned farmer who has been selling his produce at the Rythu Bazaar since the past 19 years, and others said they get low price for their produce for eight months in a year, which increases only for three months in summers.

While attending to one of his regular customers, another farmer-cum-vendor Kamalakar Reddy said one kg of tomato costs ₹40 per kg. But he sells it at ₹35, ₹5 less than the price listed on Rythu Bazaar charts.

“The prices got so low in the last winter that we sold tomato at ₹5 per kg,” said Mr. Kamalakar, who sells vegetables grown at Chancharpet in Vikarabad district. He said besides paying ₹30 per crate to transport it from his village to the Rythu Bazaar, he has to pay ₹300 per worker if the load is more.

Estate officer at Model Rythu Bazaar at Erragadda, P. Ramesh, said going by past experiences where farmers incurred losses by growing some vegetables as many farmers cultivated the same crop, they have avoided repeating the mistake this time. “This year, a few have cultivated onion. But we get it from other places too and therefore, their price has not increased,” said Ramesh said.

While vegetable prices tend to be on the higher side during summers due to supply shortage, prices started rising at the end of the summer season. ‘Within a week the vegetable prices have almost doubled and the family budget is in shambles’ complained Sarada, a house wife. Normally prices have to come down around this season but this abnormal trend is a cause of concern, she said.

In Tirupati the reverse is the case. While the prices of potato and onion, the two widely consumed vegetables have remained stable which were priced at Rs.20 and Rs.14 respectively, the prices of other commodities remain a concern. Green chillies, carrot, beans, bitter gourd etc., were priced at Rs.60-70 which recorded almost 50 to 70 percent rise.

Tomato which was available at almost Rs.10 during the mid summer is now Rs.25 per kg.Kesavulu who is a leader of vegetable merchants at Indira Priyadarsini main vegetable market, told The Hans India that lack of production is the sole reason that made the prices of vegetables escalate in the past few days.

A retail woman merchant at Rythu Bazaar said it has become very difficult to bring vegetables for sale. “There was no supply in this area and we are even going to Chikballapur in Karnataka to buy them as we have to keep all varieties in the shop. What about the travelling and other expenditure?” She asked.

A vegetable merchant Radhika said, as the prices were high, people were buying at reduced quantities. “They are coming and buying, but only half the quantities they usually buy”, she explained. Adding to this, most of the traders at Rythu Bazaar are selling the vegetables at much higher prices than the prescribed rates and the arguments become common on this much to the apathy of the supervising mechanism there, as complaints have been unattended.

The prices of vegetables which usually used to get stabilised by mid-June, this season refuse to take the downward curve in the city markets.

According to vendors, due to intense weather conditions during the summer, the produce of seasonal vegetables has dried up and it has affected the supply to a large extent in the city markets.

Tomato which was sold for Rs 5 before summer has now soared to Rs 22 across various Raithu Bazaars in the city and is likely to rise further as supply from different parts of Telangana and Andhra Pradesh has come down. Among all the essential vegetables, chilli prices continue to remain hot for consumers with prices going up by every week since the advent of summer.

On Sunday, a kg of chilli was sold for Rs 50. In a span of two months, its price has been tripled from Rs 15 in April to Rs 50 per kg in June.However, the price hike has impacted French beans more coming at Rs 80 a kg with its price on an average escalating by Rs 5 to 10 a kg every week, vendors said.In case with other vegetables, potatoes were sold Rs 26 a kg, lady fingers for Rs 25 a kg, brinjal for Rs 18 while carrot and capsicum were fixed at Rs 30 and Rs 45 respectively.