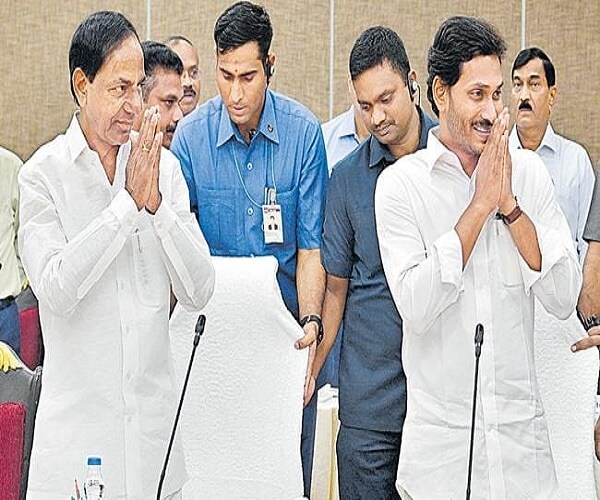 Reposing faith or trust in Telangana Rashtra Samithi president and chief minister K Chandrasekhar Rao proved ‘costly’ for many in politics. This has been proved umpteen number of times in the past.

There are several examples of leaders who faced betrayal by KCR, after keeping faith in him.

The classic example is Congress, which lost its identity in both the Telugu states which granted statehood to Telangana, believing KCR’s promise that he would merge the TRS with the Congress once the bifurcation process was completed.

The TRS chief did not stand by his word and contested the elections alone to grab power. Later, he played all political games to decimate the Congress party.

ALSO READ:  When The Telangana State Online RTI Portal Has To Become A Reality?

Now, Andhra Pradesh chief minister Y S Jagan Mohan Reddy seems to have joined this list of scapegoats who trusted KCR only to be ditched later.

On Sunday last, Jagan flew down to Hyderabad to have a lengthy meeting with KCR at the latter’s official bungalow Pragathi Bhavan.

They discussed many issues, including Godavari-Krishna river linkage and resolution of pending bifurcation-related issues.

Thought the meeting was supposed to be confidential one, the CMO issued a press release late in the night on the issues that came up for discussion between the two chief ministers.

At the same time, the close aides of KCR at Pragathi Bhavan also gave leaks to a section of media stating that the two Telugu CMs expressed their anger at Prime Minister Narendra Modi, BJP national president Amit Shah and also their party for trying to dominate the Telugu states.

The leaks also revealed that both the chief ministers decided to put up a joint fight with the Centre. Naturally, such leaks interest the media which played up the same prominently the following day.

Naturally, the reports came as a big embarrassment to Jagan, who has been trying to be friendly with the Centre, unlike KCR who is in a confrontational mood.

So, the CMO issued a clarification in the first hour stating that there was absolutely no truth in the reports and they were all fabricated.

The CMO further said no political issues came up for discussion at the meeting of Jagan and KCR.

Apparently, Jagan also expected a similar denial statement from KCR so that the media reports could be proved wrong.

But KCR remained silent and did not respond to Jagan at all, landing the latter in a fix. Since the meeting took place at Pragathi Bhavan, the denial from Jagan would get the credibility only if there was a similar statement from KCR condemning the media reports.

But since the leaks have come from Pragathi Bhavan with full notice of KCR, he did not issue any such statement. This led to the talk that whatever the media reported must be true and Jagan had issued the denial only to save his skin.

KCR’s media pubished only Jagan’s version condemning leaks, but did not mention anything about KCR or Telangana CMO’s version!

This naturally gave scope for Telangana BJP leaders to arrive at a conclusion that KCR and Jagan had indeed discussed about Modi and BJP in their meeting and devise a strategy to fight against Modi and BJP.

Poor Jagan is now paying the price for believing KCR and going to Pragathi Bhavan for discussions. #KhabarLive