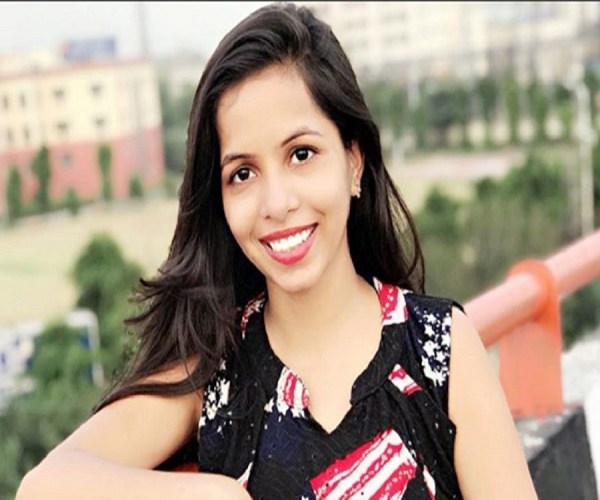 How did Pooja Jain, an ordinary 23-year-old, become Dhinchak Pooja, a ‘viral sensation’ at 25? That was the intriguing question that drew me to send an email to Dhinchak, when I requested her for an interview for Womens Day series, Offline With an Internet Star. She surprisingly agreed, having denied multiple interviews to media persons earlier.


I asked Pooja if we could, as part of the video, shoot at her place: to look more closely at where she comes from and understand her better. But she declined, saying she didn’t want anyone to know where she lived. Because even a tiny hint here and there could tell people where she lived, and alert her neighbours to her ‘viral identity’. 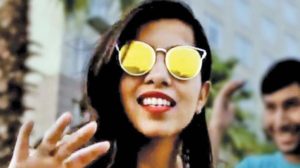 That is the strange paradox of Dhinchak Pooja’s life — who has to navigate between extreme fame and self-preserving anonymity. Because for her, her fame has come at a price. The price of being ridiculed by many.

After all, Dhinchak had already left a house earlier after her then-neighbours starting taunting her and her family for the reception to her videos, even asking her to stop.

Some neighbours asked me to stop making videos. They said there were hate comments and jokes against me. I said, “How does it bother you? They are directed at me’

Instead of stopping, Dhinchak chose to shift her house, and continued to do what she wanted to do. That spirit, in essence, is what makes Dhinchak Pooja really Dhinchak; the I-know-you-hate-me, but I-don’t-give-a-damn. 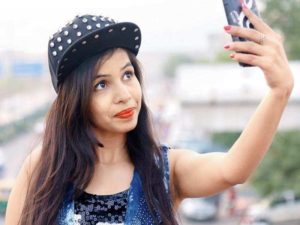 Dhinchak Calls Her Haters ‘Double Fans’
Dhinchak is smart enough to know that her haters have made her. After all, her music became viral itself as being cringe pop: music that makes you cringe.

Dhinchak is fully aware of the fact that the 77 million+ views that her videos have gotten on YouTube only through fifteen videos, would not have been possible without her haters, or as she calls them, her “double fans”, who make her even more relevant by dissing her and sharing her videos asking people NOT to view them.

Well, as they say in the entertainment business, any publicity is good publicity, and Dhinchak credits her fame to her haters itself. 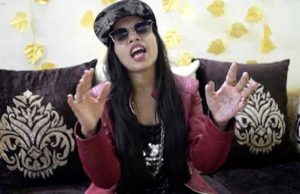 Dhinchak Pooja Is Confident Of Herself
Some could call her delusional, but Dhinchak Pooja is supremely confident of herself, and the brand she has created. Of course, I got to witness how sure she was of herself through her answers, but I think what stands out for me, as a sign of her unwavering belief in herself is how she handled being roasted by Salman Khan on the sets of Big Boss.

There she was, being mercilessly roasted by a superstar — on a show which was watched by millions — and yet, not for a moment did she seem perturbed, or appear shaken.

Call it a defence mechanism, or peak confidence, or just a thick skin that knows how to hide emotions well, Dhinchak’s way of handling criticism is to block it entirely out of her mind.

For those like me, who are too self critical, Dhinchak’s unwavering belief in herself despite all the haters and trollers, appeared almost radical! 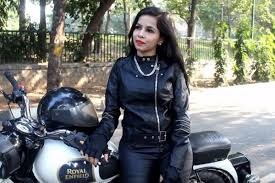 Ask Dhinchak how she decides a topic for a song, and pat comes the reply: it should be something that is ‘relatable’ to everyone.

Analyse the topics for her songs carefully: and you will notice how almost all of them have, as their hook, a common, universal motif. Today, anybody except a corpse has taken a selfie, which is partly why alongside the inherent virality of cringe pop Selfie Maine Le Li Aaj went so massively viral.

But learning music, or honing her craft isn’t something Dhinchak believe in much.

I believe in doing rather than learning, because learning requires the same time as doing. Then why should we not do things instead?

Umm, don’t know about teachers, but dropout startup billionaire types might just agree to that! 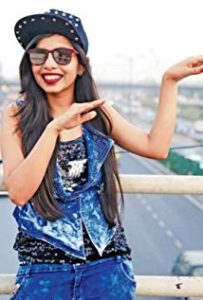 But here’s what I found most intriguing about the myth of Pooja. That even though people may joke about her, or hate her, they just cannot ignore her.

As we were hanging about in the gardens surrounding a Delhi monument, as soon as people spotted her, everyone from young men and women, kids, married women, all queued up to click a selfie with her. One of them, a young 20 something guy, had just minutes before hissed to his friend, “Ye Dhinchak Pooja hi hai na? Kitna ganda gaati hai!”, which I had overheard.

But there he was, despite his disapproval of her, keen to get a selfie clicked with her. I let out a smile looking at that, thinking, “If that’s not celebrity culture, I don’t know what is”. #KhabarLive

Is Rahul Gandhi, The ‘Most Eligible And Charismatic ‘Bachelor’ Of India’?

Is Posh And Elite Locality ‘Banjara Hills Road No: 12’ Haunted...