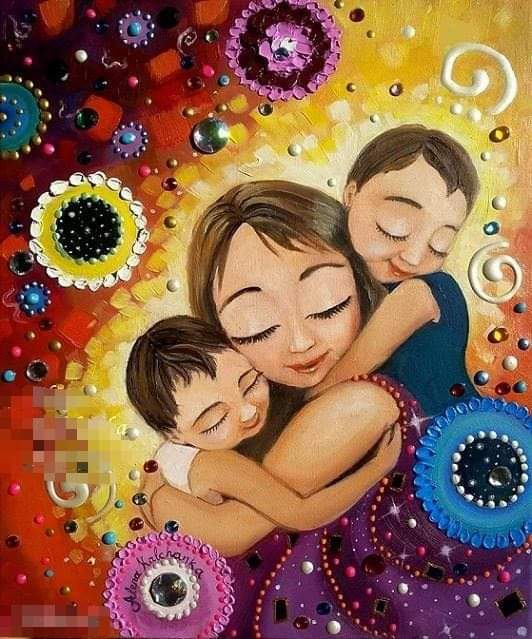 Your mother is not god. Mothers are human beings first, and like all humans, they are flawed too. She has her own weakness and vulnerabilities.

Mothers are considered nothing less than God and motherhood is a woman’s ultimate achievement. Social media is flooding with quotes and messages every day that glorify the greatness of mom and motherhood. Our movies and TV serials portray mothers as super-humans. Despite their good intention, people don’t realize putting a woman on a pedestal affects her and the people around her.

Let me clear your misconception that a mother is not god. Mothers are human beings first, and like all humans, they are flawed too. She has her own weakness and vulnerabilities. The shiny patina that we put on the role of Mommy can be harmful to women and fathers as well.

Our culture demands a woman to become mommy as soon as she gets married and sacrifice herself for her child. If she resists it, the criticism she has to face is horrifying. And when some women struggle with the new role of motherhood, they have to face the criticisms, shame, and hatred for not being good enough.

Why must moms be ‘perfect’?
Recently, I saw some people trolling a mommy blogger for wearing a western dress. They commented things like, ‘You are a mom now. So you shouldn’t wear this or you shouldn’t wear that.’ Who gave them the right to tell her what she should do? Why do people feel entitled enough to correct random women online?

Some women pressure themselves to be the ‘perfect’ mommy since they are conditioned like that for generations. Mothers are willing to be and do everything while being everywhere all the time. That is almost impossible, simply because no one is perfect!

Hence, new mothers push themselves to fit into the idea of super mom. all-giving, all-knowing, selfless, superhuman who will gladly give up everything for the happiness of her child.

Motherhood is not easy and mothers certainly go through a lot. This experience is not pleasant nor godly. It is painful and has a lot of consequences. Right from hidden resentment, and failed marriages, to poor self-care, lost friendships and career, to the inevitable guilt of not being a perfect mother, they go through it all.

We need to remember they have other roles too
When we exaggerate the things that mothers may do or feel for their children, we unknowingly demeaning the other roles fulfilled she fulfils. We demean her as a wife, sister, friend, daughter, and colleagues. And we also diminish the role that fathers play in the lives of their children. This, I believe, is unfair.

Is being a mother hard? Of course. It is brutal- both physically and emotionally. You are engaging in a relationship and so is your husband. As mothers, do not be martyrs. Do as much as you can, love as much as you can but do not forget yourself and other relations and roles in this journey.

Motherhood is hard but so is being a father, a wife and taking care of the sick patients. Society says mothers must put their children’s needs first. Yes, you should, but not always.

Your children are part of a family where everyone’s needs are taken into account. Children need more assistance, and supervision than the adults, but that doesn’t mean your children’s wishes are the only ones that count.

The idealised image of the mother as a self-sacrificing, tireless, superhuman is benefits no-one. It is especially harmful to your child and his future. Do you want your children to see you as some self-sacrificing martyr? No, right?

Be a woman, who has her own ideas, thoughts, and needs. A woman who has other roles and relations apart from being mommy. And most importantly be a who is contented and complete within herself.

And the cycle simply continues
Knowingly or unknowingly, society and families have portrayed a noble image of a mother and watching this your child is suffering. The society also ensures that the mother has nothing to cherish but her children. This leads to decreased motivation, loss of identity, and mental apathy in women.

Most of the women put other relations at stake and are fully dedicated to their child.

When their child grows up and starts dating or gets married especially the mothers of boys, start feeling insecure. They feel like losing their power over their son. And then they begin manipulating, playing cheap tricks to ‘win’ the son back. Since the son has seen his mother suffer, he feel obliged to make her happiness his priority.

That leads to him feeling guilty for doing enough for their mother. He starts doing anything and everything that make his mother feel good. And ultimately, the wife starts feeling secondary and insignificant.

In most cases, they force their wives to serve their mothers and fulfil every justified and unjustified wish to make her feel valued and happy. This breaks the trust between the couple. The compulsion, and obligation simply destroys it further.

As the wife suffers, she starts investing all her energy in her children and starts finding her happiness in them. And the children are forced to see her in the sad state. When they grow up, they feel the obligation to keep her happy.

And this cycle simply goes on from generation to generation, without any end in sight.

Over-glorification hurts us all
That is how the over glorification of mothers and motherhood affects women. It is like a generational curse that needs to be stopped. And, I believe, only women are capable of doing it.

There is no doubt that motherhood is glorious, but it will be a lot better if it isn’t held as the ultimate sacrifice for women. It would be better if husbands shared the load, if the women women could clock off and have fun, occasionally without the fear of judgement.

Motherhood would be great if actively encouraged women to be more than just mothers! It would be great if they started investing in themselves, loving and caring for herself. And most importantly, respecting herself.

You are a mother, but you are much more than just a mother. #KhabarLive #hydnews