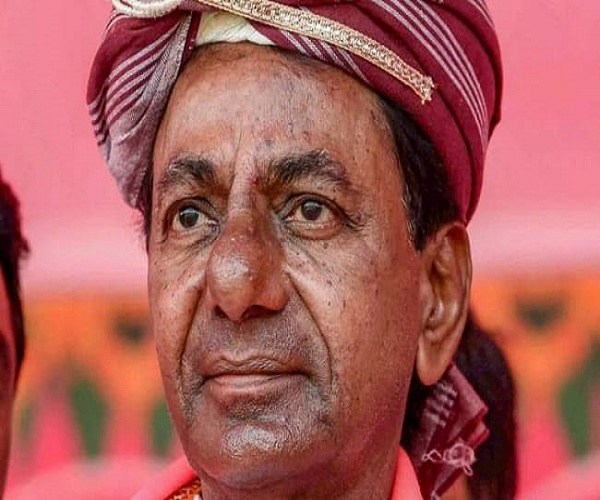 Telangana Rashtra Samithi president and chief minister K Chandrasekhar Rao will turn 65 on February 17 and his birthday has come as an excellent opportunity to his sycophants to show their reverence towards him.

Though KCR’s birthday is celebrated every year by the party rank and file, this time it is going to be an unprecedented show, because he has brought the party back to power for a second successive term with a massive mandate.

So, he has become a virtual god for the party leaders and cadre, as well as people of the state.

And it is also an occasion for the party leaders to pamper the chief minister to secure positions like ministers, corporation chairmen and other nominated posts.

So, they are competing with one another to put up a big show on KCR’s birthday across Telangana so that they would get into his good books.

In Hyderabad, Sanathnagar MLA and former minister Talasani Srinivas Yadav, who is expecting a cabinet berth again, has announced celebration of KCR’s birthday on a grand scale.

A cultural programme with folk dance artistes and singers will be the centre of attraction in the celebrations organised at Jalavihar.

An exhibition showcasing KCR government’s achievements and flagship programmes launched by the TRS government will also be opened at the venue.

In addition to KCR’s photo exhibition, the chief guests will also release two songs depicting the developmental activities of the TRS government on the occasion.

World Heart Day 2018: These Five Foods Can Lower The Risk...