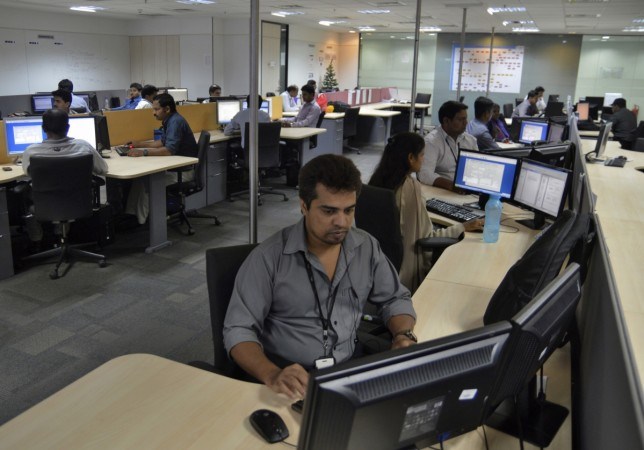 An IT employee from a reputed healthcare (BPO) company in Hyderabad has reportedly been fired for brazen display of over confidence while sharing his domain expertise. The pink-slipped employee is believed have said “Correct me if I’m wrong” around 25 times in a meeting while sharing knowledge (he thought) he possessed.

Mallesh Raj has been a successful “everything” manager since 8 years; he has been instrumental in imbibing knowledge related to multiple domains even without going through the documents at-least once.

“Mallesh sir is antaryami; he just looks at the zip file with word documents and knowledge automatically flows into his brain. I wish I was as blessed as him”, commented a newly recruited entry-level analyst at the company as #KhabarLive reached the place to understand what exactly happened.

One of his subordinates said, “he had set conditions for laughter at work place, which he purported would bring in discipline. Chuckle was not allowed but grin was welcome. If anyone wanted to laugh, they could laugh only as much as boss laughed. Trying to exceed boss’ laughter level would impact our appraisals while not smiling at his stinkers would make him go silent and subsequently, the workplace. No prizes for guessing the ratings of those who didn’t respond to his jokes positively.”

After getting the information on Mallesh’s behaviour at office, we spoke to his team at work and extracted the reason why he was pink-slipped.

“We had a knowledge sharing session scheduled with the client yesterday. As part of this session, everyone was required to share their knowledge on modules they were handling. Mallesh had entered the meeting room though he was not on the invite. As the call started, greetings were exchanged between client and boss. Then, boss started asking the client about well-being of his dog and its future vet appointments. After a few minutes of casual talk, the client asked us to start knowledge sharing on the first module,” said Pavan as he continued to describe the events.
“Boss was known for his unmatchable audacity and he proved it once again as he hijacked the call and started sharing his own knowledge on the module in context.

Sources say, the client emailed minutes of meeting to the servicing organization’s vice president leading to Mallesh’s termination. From what we hear from IT intellectuals, an IT employee should be at-least a jack of all trades to survive in his job; anything less will screw one’s career. #KhabarLive

The Dominance Of ‘Caste Card’ In Telugu Film Industry Or Tollywood