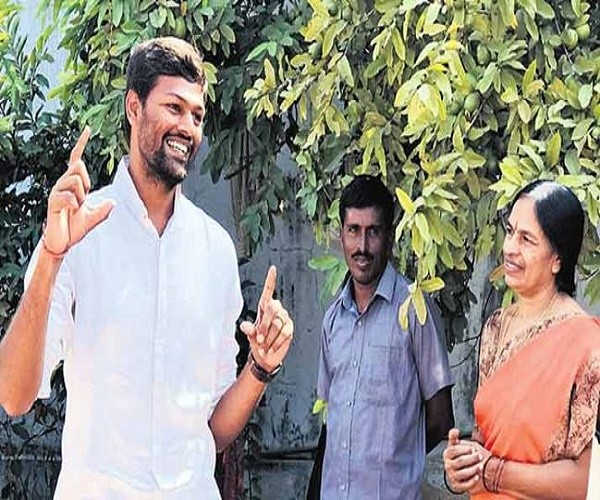 We want newness in every aspect of our life but why don’t we expect newness in politics and encourage young blood, asks Ravadi Kantha Rao, who is in the poll fray as an independent candidate from Peddapalli constituency.

Kantha Rao, a techie by profession has left his job to fight the electoral battle in the forthcoming Assembly elections in Telangana. Through his organisation – Planet 3 Protection Alliance, Kantha Rao was carrying out social work for the last 10 years with initiatives like Harithon, Harithavanam, Recharge Hyderabad, and Shubra Hyderabad.

“Through my job, I can only support my family; through social work, I can only impact a few people, but through politics, I can serve many people,” says Rao, who has already campaigned in almost 95 per cent of the constituency.

Rao says that he has been getting more response than expected.

“People are looking for a leader who is not a conventional politician and they are liking my approach,” he claims, adding that using local examples and idioms in his speeches, he has been reaching out to the people in the segment from the last two months with the help of his family and local young volunteers.

“My father, 65, is touring with me and my mother is waking up at 4 am to cook food for me and my volunteers,” says the 30-year-old Rao, who is contesting against three candidates from major political parties who are almost double his age.

Rao says that he will use his professional experience to promote smart agriculture as Peddapalli is a agriculture based segment.

“Technology hasn’t reached farmers yet, I will talk to companies working on digital agriculture and bring them to Peddapalli,” says Rao who calls himself a new age politician as he is running his poll trail on crowd funding.

“Unlike conventional politicians, I don’t pay voters to vote, rather I am sourcing funds from them through online crowd funding,” says Rao who collected around Rs. 2,45,000 for his election expenses. When one can become an engineer or a doctor at an age of 25, why not an MLA, asks Rao. #KhabarLive