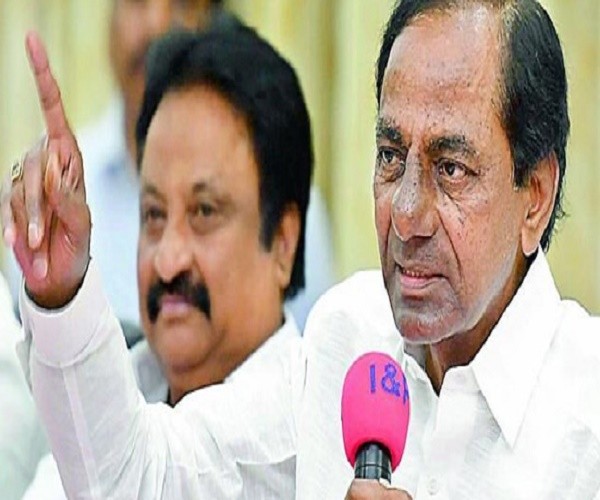 Telangana Chief Minister K Chandrasekhar Rao has stepped up his efforts for the formation of a federal front to serve as an alternative to BJP and Congress. In a move to bring anti-BJP and Congress forces under one roof, the TRS supremo has decided to conduct a national conclave with the heads of all ‘like- minded’ regional parties in the country soon.

The national conference with regional party leaders is likely to be held in Hyderabad or New Delhi in May or June. The objective of the meeting is to share views on the Centre-states relations, transfer of powers to states and communion of regional parties against the domination of national parties.

The conclave is expected to deliberate hurdles being faced by the states where regional parties are in power; fulfilling of poll promises; meeting people’s aspirations like increase of the quota for the poor communities in education and employment and the Centre’s high handedness on states.

The TRS chief has already put the proposal to hold a major conference with regional parties during his meeting with West Bengal Chief Minister Mamata Banerjee in Kolkata recently. The same issue was also discussed with Jharkhand former Chief Minister Hemath Soren, who called on KCR at his residence in Hyderabad a week ago.

ALSO READ:  A Trip To 'Gudimalkapur Flower Market', An Experience Of A 'Vivid Life' In Hyderabad

KCR’s meeting with the leaders will be held in the last week of April. As the TRS plenary is scheduled in third week of this month, the Telangana party chief is planning to consolidate the regional forces from May onwards. Source said that KCR wanted the federal front to take a definite shape by June end as the parties will go into election mode from August to face the 2019 hustings.

Sources said that KCR’s daughter K Kavitha, TRS Parliamentary party leaders K Keshava Rao and AP Jitender Reddy have already been entrusted with the task of meeting the regional party leaders in New Delhi during the ongoing budget session of Parliament and elicit their opinion and suggestions for the federal front. The feedback was also sent to KCR from time to time.

The newly-nominated Rajya Sabha member and TRS general secretary J Santhosh Kumar will look after making arrangements for KCR’s meeting with the leaders who come forward to join the front. KCR will finalise the venue for the conference after meeting the other party leaders. #KhabarLive

Dear Modiji, Why Are ‘BJP Ads’ Politicising Rapes and ‘Contradicting You’?