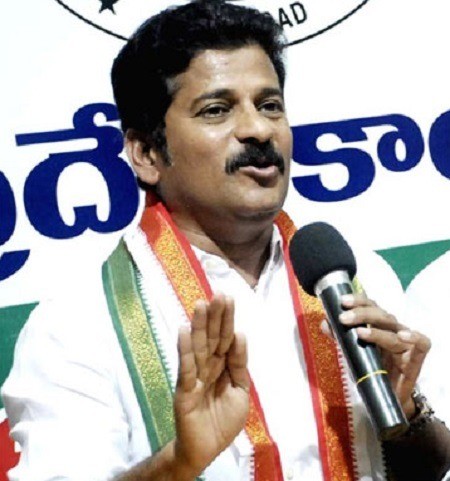 Telangana Congress leader and MLA A Revanth Reddy alleged that Rs 1,000 crore worth scam has taken place under the nose of government in Kapra of Hyderabad.

Addressing the media, he said the beneficiary of the scam was My Home Group chairman Jupally Rameswar Rao,close aide of Chief Minister K Chandrashekar Rao. The rules have been set aside to give away government land to Rameswar Rao, Revanth alleged.

Giving the details of the scam, he said the said land belongs to one Rahim Baksh who left to Pakistan during the partition of the country and later the land was announced as Evacuee Property by the government. Later, it has was allotted to a person Easwari Bai, about 20 acres, who came from Pakistan.

The land has been declared as evacuee property after the death of Easwari Bai as she did not have any heirs. Some have gone to the court and argued that it was not aevacuee property.

The Supreme Court has determined that the land was an evacuee property. However, the government did not take possession of the land though it has been registered as government property in the revenue records.

The court has also dismissed the general power of attorney of a person called Balakrishna and declared it as government property. However, My Home Group has purchased the land from him in fraudulent manner and by using the police.

The My Home Group has developed a real estate venture and started to sell the land. Despite the government knowing that it was a government land, the sales were allowed.

Revanth Reddy alleged that Industries Minister KT Rama Rao has been helping the My Home Group and challenged the Minister to come to the inspection of the property. He said that a case would be filed on this scam in the court soon.

He challenged KTR that if he did not show any nepotism, he should come along with him to examine the lands. He alleged that the Governor has become a brand ambassador for corruption being carried out by Chief Minister K Chandrashekar Rao. #KhabarLive

Why Hyderabad-Based ‘Karvy Group’ In Deep Trouble For Funds Embezzlement And...

Why Brands Are Choosing ‘Influencers’ Over Celebrities?