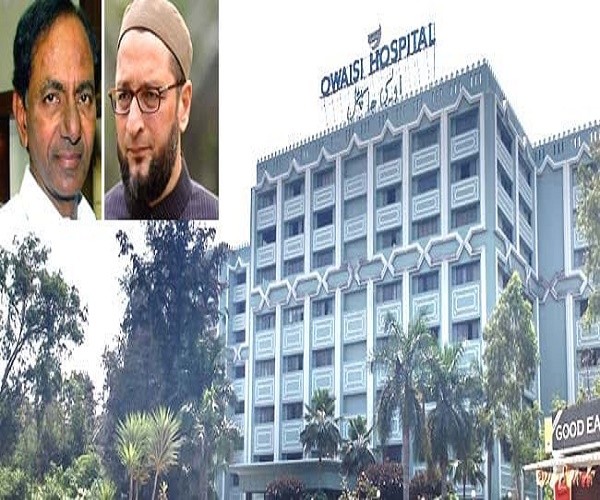 On the request of Owaisi Hospital and Research Centre owner and MIM floor leader Akbaruddin Owaisi, the state government has allocated 6,500 square yards of land worth Rs 40 crore for the expansion of Owaisi hospital in Hyderabad.

The cabinet which met on Sunday an hour before Pragati Nivedana Sabha also discussed the matter of providing land to the hospital. The land will be given to lease for 99 years or at the minimal price as it is rendering medical services to the poor.

According to the sources, it is learnt that the MIM floor leader has held discussions with Chief Minister K Chandrasekhar Rao with respect to the land which lies behind the current Owaisi Hospital in Bandlaguda.

Earlier in 2012-13, the MIM party had thought of getting a land at Masab Tank for constructing another hospital but was not succeeded in procuring it. #KhabarLive