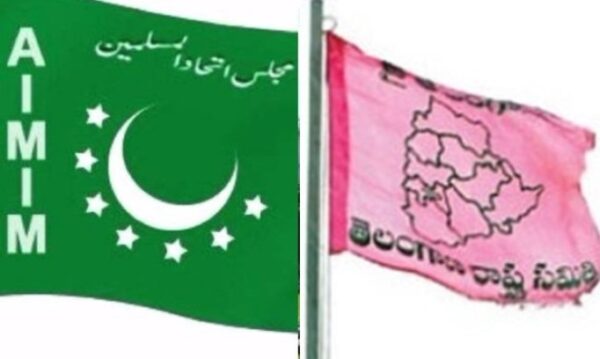 Recently, TRS has accelerated its activities in the Old City of Hyderabad. The citizens of Old City have a feeling that they have to depend only on one political party for getting their issues resolved. If other political parties enhance their influence in the area, issues will be resolved easily.

Telangana CM KCR announced 12% reservation for Muslims and 26 other declarations which are very attractive but not implemented except a f an w.

During the recently held Assembly session, KCR made announcement for the welfare of Muslims but their implementation is zero. Neither the TRS government nor the AIMIM is taking any interest in resolving the issues of Old City.

This has created unrest not only among the public but also in the political leadership of Old City. This is the reason that the leaders of other political parties are concentrating on Old City areas.

Congress party has also decided to test its strength in Old City in the General Elections of 2019. It has included many important leaders of MIM into its fold. The policy of TRS is not yet clear since MIM is the ally of TRS, the party is not openly declaring the inclusion of MIM leaders into TRS.

TRS has entrusted the job of local Muslim leaders to form booth level committees. It seems that TRS wants to repeat the performance of capturing 99 seats in GHMC. It is making an attempt to grab at least one Assembly seat in Old City. It is paying full attention on Malakpet and Yakutpura constituencies. In both these areas, the difference between the electorate of major and minority community is very less. TRS can muster the support of majority community to get any of these seats.

It may also be mentioned that Congress and BJP also have an eye on these constituencies. In 2014 elections, BJP ranked second in Yakutpura constituency.

According to the assessment of a senior TRS leader, if elections are contested in both the areas seriously, there are chances of winning. The cadre of TRS of Old City is exerting its pressure on CM and the Ministers belonging to Hyderabad not to forge any alliance with the local party since the position of TRS is strong in Old City.

Let’s wait and watch the plans of political parties against intelligent voters of Hyderabad. #KhabarLive

The Mysterious ‘Uddanam Nephropathy’ – A Killer Kidney Disease Spread Across...