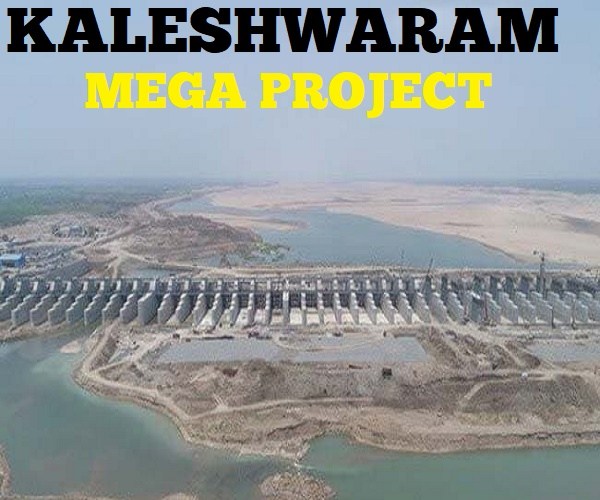 There is again a lot of debate on the Kaleshwaram Lift Irrigation (KLI) project, mainly on its costs and benefits, apart from its complex technical aspects. Many pundits think that it can perhaps irrigate about 20 lakh acres, not the scheduled 38 lakh acres.

Spending Rs 80,000 crore on it, needing to run it with over 4,000 Mw power and other operation and maintenance (O&M) costs can be more than the increased agricultural production. They opine that the increased yield and its value will not be sufficient to make the project economically viable.

According to the International Water Management Institute (IWMI), Colombo, the opinion is not right. For, irrigation projects will create many socio-economic and environmental benefits, which should be taken into account in the appraisal of these projects, and not the just irrigation in the command area.

The IWMI’s works reveal that appraisal of irrigation projects are based on only a few direct benefits. In the cost-benefit analysis, many indirect social and environmental benefits are largely ignored. Water is a scarce resource. Economic efficiency is the central concept in the use of scarce resources. For this, we do a cost-benefit analysis, which deals mainly with economic efficiency. It does not account for distributional impact of a project. For it, we need to do Economic Impact Assessment, which accounts for sectoral linkages, including the impacts in secondary and tertiary markets.

While the cost-benefit analysis can be used as a basic approach for impact assessment, it should be supplemented with additional analyses through full economic, social and environmental impact assessments. All the outcomes and impacts that change the net benefits to society should be included in the assessment.

Thus, in a project like the KLI, we need to include the components of environmental, social costs and benefits. They can be properly identified, quantified and valued in monetary terms in the cost-benefit analysis, making it Impact Assessment and Integrated Water Resource Management (IWRM) analysis. It provides a holistic approach.

Development of agricultural water resources brings significant changes at various levels. These include changes in production patterns, land and property values, expansion in the use of inputs and overall economic activities through backward and forward linkages. The impacts of these changes vary from one level to another. Some are confined to only farm level, while others spread to the whole project command. Some others spread to wider region, province/State or at the national level.

Irrigation impacts may vary considerably by the source of water and the nature of the project like dam, lift irrigation and groundwater-based irrigation. Surface irrigation infrastructure provides water for a variety of uses with wider coverage area, with potential impacts and likelihood of associated externalities. Water uses from surface irrigation water can be classified into withdraws uses and in-stream uses. Based on these uses, the socio-economic impacts of irrigation can be ascertained.

After identifying all the relevant important impacts, the next step is to quantify them. The method generally used is with and without comparison approach. The impacts can be measured as the difference between with and without irrigation access. In quantifying irrigation impacts, the views taken should be of society as a whole. It is not restricted to agriculture within the boundary of the irrigation command or the region. It should also include other socio-economic benefits on other sectors. Once the impacts of irrigation are quantified, the next step would be to value them as far as possible in monetary terms. Where monetary-based measures are impracticable, non-monetary indicators of economic value should be used.

Irrigation involves several types of costs like economic, social and environmental. They can be direct and indirect. Capital costs comprise annual depreciation and annual interest charges. O&M costs include administration costs. There is also rehabilitation costs. They may be classified as financial costs. Proper estimation of financial costs is important for determining the economic costs of the project. And the other indirect effects (costs) are estimated and valued in monetary terms.

Once the benefits and costs are identified, quantified and valued, the next step is to develop a common measure of index, which allows direct comparison of costs and benefits. The most commonly used measures include net present value, economic rate of return and benefit-cost ratio. They are used to compare costs and benefits of irrigation and to determine returns on irrigation investments.

Thus, it is not right to compare costs with immediate direct benefits, ignoring the economic value of other multiple distributory socio-economic impacts. For such irrigation projects meant to impact the economy of the State, the government should be in a position to meet its annual capital commitments and O&M costs from its revenue expenditure and not just from the utility charges paid by farmers and other users. Confining the cost-benefit of KLI project to agriculture alone is imprudent.#KhabarLive