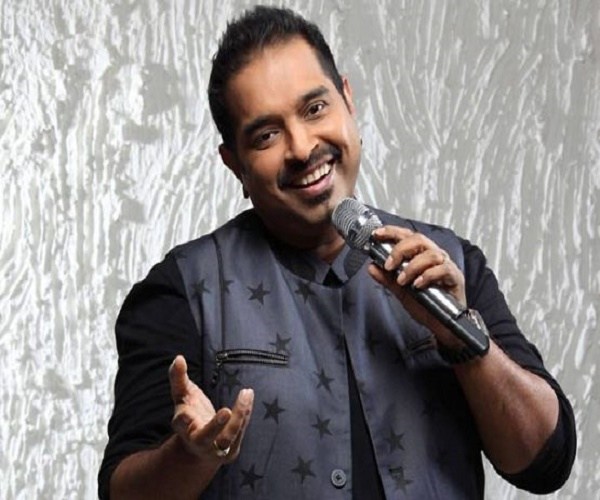 A singer who is sure to leave the crowd breathless, Shankar Mahadevan isn’t someone who needs any introduction. Singer, composer, actor and, in short, one supremely talented and versatile artiste, someone who has changed the aura of Indian music, Shankar says: “Music has always been my stress buster and the fact that it is my profession as well is where I got extremely lucky.”

The singer was recently in the city for a concert organised by Sparsh Hospice, ‘Sparsh Nite: concert for a cause’. Talking about the cause, he says, “We’re performing for a cause that most people don’t even consider, the terminally ill. These people cannot be cured completely and they know that fact. Creating a sanctuary for them, a place where they can spend their last days in peace is the aim of this organisation. I feel this is a noble cause and would request people from all over the country to recognise and try and join the cause.”

Telugu industry
With a career spanning more than 20 years in the Telugu film industry, Shankar’s track list has grown leaps and bounds, and a song that stood out even after so many years is Om Mahaprana Deepam from the 2001 film Sri Manjaunatha. This is the song that he sang in a single breath, prior to which he had sung another similar song and released it through a private album titled Breathless.

Talking about breathless as a concept, he says, “I think it’s a wonderful concept and I consider myself very lucky that I got the opportunity to do it more than once in all my years in the Indian music industry.” Continuing about Mahaprana Deepam, he says, “I feel there couldn’t be a better song to start my career in the Telugu film industry with. It was a new language and starting it with a song dedicated to Lord Shiva made it all the more special.” He also thanks the Telugu audience for their amazing reception of the song.

ALSO READ:  Gas And Bloating Bothering You? Drink This 3-Ingredient Ayurvedic Concoction And Get Relief

“I don’t really speak Telugu, but that has never affected my work,” reveals the singer while talking about language constraints. “My pronunciation seems good, I think, and that’s why they keep offering songs,” he adds with a laugh.

City connect
“The youth is the energy of Hyderabad,” says the Nee Dookudu hitmaker in a casual conversation with SundayScape where he enthusiastically shared about his love for the city. “Apart from its terrific youth, the IT and the food are on numbers 2 and 3 on the list of things I love about Hyderabad. I love the Biryani and Haleem here and have a particular liking towards the traditional Andhra, Telangana delicacies, the home-cooked food as well,” he shares.

Up close and personal
Born into a Tamil household, Shankar describes himself as a “naughty sincere kid” in his boyhood days and says a good prank is something he always enjoyed. “My family, pets and music, of course,” exclaims when asked to reveal his stress busters. “What has been my stress buster is also my profession, so I’m very lucky that way.”

“My advice to the young musicians is a simple one: keep listening to good music, do not get carried away by what is trending currently. If you wish to lean music, you need to do so in depth, learn classical music and stay away from mediocrity and see what difference you can make to society,” he concludes. #KhabarLive