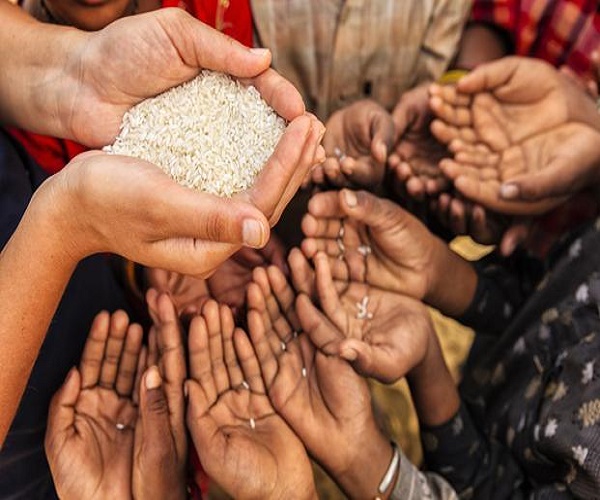 Small and first-time givers are often unsure of when, how and how much to give. Taking that first step is important because every bit counts.

When I think back to the beginning of my giving journey, I think about how I really didn’t know where to start, or how to best embark on it. So, I began with things that I did know how to do–I read about and researched causes that interested me and those that seemed the most essential to give to; I spoke to founders of nonprofit organisations and accompanied them on site visits; and I tried to meet others working in this area by attending as many seminars and conferences as I could.

All this was hugely useful. It gave me exposure to a variety of social issues in our country, helped me understand the approaches taken to solve them, and gave me access to new insights.

However, it wasn’t all positive.

Part of my research involved reading articles and books written about Indian and foreign philanthropists who had been recognised and feted for their giving. Truth to tell, instead of being inspired by these stories of large-scale individual giving, I was scared and overwhelmed. The more I read, the more it seemed as if only giving away crores of rupees of personal wealth could lead to significant impact. It also seemed as if the most vital causes to give to were enormous ones such as the eradication of a disease, or large-scale education efforts.

Some of what I read made me wonder if a budding philanthropist like me—someone with passion, knowledge, and commitment—could ever have any impact.

I wasn’t alone in this feeling.

After talking to other folk on their philanthropic journey, I realised that many of us share these sentiments of being unsure and intimidated in our early days.

There is a lack of supporting infrastructure for smaller givers.

We struggle when thinking about where and how to begin, how much money to put in initially, who to turn to for authentic information and, most importantly, where our philanthropy will make the most difference.

Unlike big philanthropists, who have access to reputed advisory firms and consultants, there isn’t an ecosystem that can help smaller givers.

The first-time giver wants to ensure, even more so than the established philanthropist, that their giving is making an impact. Oftentimes, due to some combination of the above reasons, potential philanthropists could put their giving on hold and, in the worst-case scenario, never take that first step.

So how does the budding philanthropist make a start?

Over the years, I have realised that the development ecosystem needs a variety of givers and, very possibly, the combined effort of a thoughtful group of ‘smaller givers’—people giving INR 5-25 lakh per year—can have the same impact as one larger donor. Based on my giving journey, here’s how I think we can work towards that:

1. Identify a cause that resonates with you

In our country, there are thousands of causes that are well worth getting involved with. That’s why, when starting your giving journey, it’s important to zero in on the issues that move you and those you feel strongly about. Once you have identified them, try to make a difference in your own residential area, which can perhaps be followed by something in your town or city.

Early on, my giving decisions were made based on visible cases that emotionally moved me and were close to home: supporting the school fees of poorer children in my immediate environment, helping with the building of toilets in the slum, and so on. All these are worthwhile issues to support and, as the saying goes, every drop counts.

Over time, I have realised that smaller amounts, when given smartly, can make a larger impact. That’s why it’s best that first-time philanthropists partner with a nonprofit.

2. Build a long-term association with a nonprofit

Choose an organisation that is working on the cause that you want to give to. The abundance of nonprofits in India means choosing the right partner will take thought, time and research; but it also means that it is very possible to find the right one for you.

Once you choose a nonprofit, invest in building a partnership. It is important that you embark on this journey together, so take the time to have conversations and understand the real needs of the organisation you are getting associated with. You will find that not only does this lead to deep-rooted, long-term associations, it also adds more value than an annual cheque would.

It is important that you and your nonprofit partner together decide how you will understand and measure impact. Also, it is hard to derive impact in a year—so it’s best to commit to partnerships of a minimum of two years. That way, the organisation also understands your commitment and can rely on you.

Every contribution can’t have an element of sustainability, but many can. We have some examples of impact over the years, created because of thoughtfully made grants.

A recent one is our support to a programme working on juvenile diabetics in impoverished neighbourhoods. Instead of paying for the medications of 50-100 children (which is what they asked for in the original proposal), we learned, through many conversations with our partner nonprofit that what they needed was support in ensuring that children accessed those medications. So, we decided to support the salary of a social worker. The result? Her home visits, regular follow-ups, and tracking of cases, have kept far more children healthy.

In another instance, a few years ago, we supported a group of artisans in our city with the key objective of reviving their traditional craft and creating contemporary products that would appeal to a wider audience, thereby providing a source of sustained livelihood and enhanced income to the craftsmen. Working together with the team, we focused on various elements of sustainability, including the development of internal management capabilities, forming the group into a cooperative and reducing dependency, year on year, on the seed money we were providing. Today, the organisation is a profitable social enterprise, selling their products, nationally and internationally, online and through outlets in four Indian cities.

Impact can be stronger and can have greater reach when giving is done in a collaborative mode.

I learned this lesson early on, when I saw what a small industry association in Pune was able to achieve, with each of its member companies contributing just INR 1 lakh towards a water management system that would support 10 surrounding villages. To this day, the system continues to run effectively, even though the project is more than 15 years old.

Another example of successful collaboration that comes to mind is a partnership we were part of to create systemic change within the public school system in Pune. For this, we came together with corporates, allied stakeholders and the Pune Municipal Corporation. Now in its third year, the success of the collaboration can be attributed largely to the joint efforts of key stakeholders coming together both financially and intellectually.

So, while the ecosystem for small givers is still growing, what we must realise is that every bit of giving counts—and, in fact, if we provide these givers with the infrastructure and support they need, the impact of their giving can be much more than we expect or estimate.#KhabarLive