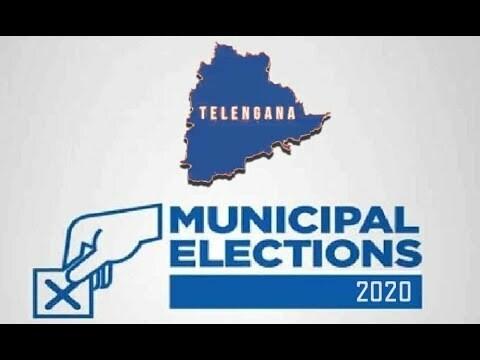 Though the ruling TRS and AIMIM are ‘friendly’, they are anti-Congress. But it has brought them together, for however transient it might be‘ the enemy of my enemy is my friend’ goes an ancient proverb. The ongoing protests against the Citizenship Amendment Act (CAA) and the National Register of Citizens (NRC) impact the coming Municipal elections in the State.

Political analysts are of the opinion that the protests will also bring supporters of the CAA and NRC together resulting in polarisation of votes, at least in the communally sensitive Municipalities in the old undivided Adilabad district.

The largely attended rally taken out jointly by the ruling Telangana Rashtra Samithi (TRS), the All India Majlis Ittehadul Muslimeen (AIMIM) and their rival, the Congress, under the banner of a Joint Action Committee (JAC), in Adilabad town on Thursday, presented a picture in contrast when seen from the perspective of the approaching Municipal elections.

The TRS was represented by none other than local MLA Jogu Ramanna, the Congress by his rival and AICC secretary G. Sujatha, and the AIMIM by former vice chairman of Adilabad Municipality, Md. Farooq. Interestingly, his party is friendly with the ruling party, and antagonistic to Congress under ‘normal circumstances. Perhaps these are not normal circumstances.

“The participation of the three parties in the protests have also resulted in evoking interest in the CAA and NRC among people who are ususally passive to such developments. Such interest can crystallise into an opinion against the political parties involved,” opined a senior TRS leader raising concerns over the turn of events.

Opposing trio: a strange sight
“Together, the three leaders made for a strange sight during the rally,” observed Sarasani Ganganna, a resident of Mahalaxmiwada who was keenly watching the events. “The TRS and the Congress are obviously wooing the minority votes,” he pondered alluding his antipathy towards it.

The Municipalities of Adilabad, Nirmal, Bhainsa, Khanapur, and Kagaznagar, which have a sizeable population of Minorities, and in the list of communally sensitive places, can witness polarisation of votes. The Bharatiya Janata Party, which will make a serious effort to win as many as it can from the 11 Municipalities that will go to polls in old undivided Adilabad, is expecting to cash in on the crystallisation of opinion against the TRS and its ‘friend’ AIMIM, and the Congress. #KhabarLive

How To Be A Casual Islamophobe? – A Step-By-Step Guide For...