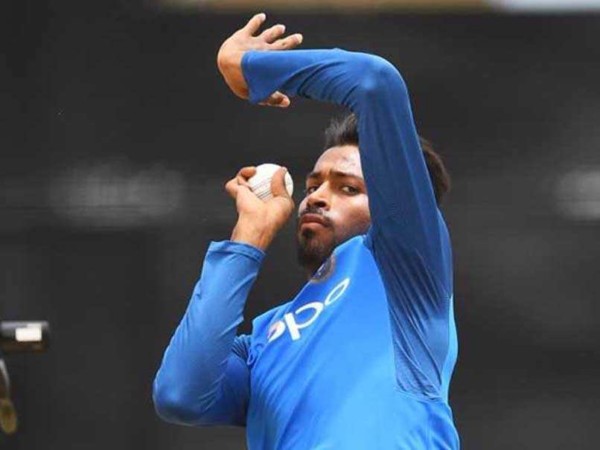 This exciting development offers the hope that Indian cricket is on the cusp of an era of greatness and dominance.

In a tour to South Africa earlier this year, the Indian cricket team was made to play the Test tournament on fast and bouncy pitches. With no preparation game, India lost the first two Tests at Cape Town and Centurion. The pitch for the third Test in Johannesburg was the most dangerous. India not only won it but also made South Africa regret their choice of pitch. On day 3 of the match, a nasty short ball from Jasprit Bumrah hit the helmet grill of Dean Elgar, leading umpires to call off the day’s play owing to concerns about pitch behaviour. The replays showed that the ball had not risen from an unexpected length, and, hence, the pitch wasn’t to blame. It was young Bumrah’s raw pace that had Elgar in all sorts of trouble.

This was something new: an Indian fast bowler troubling South African batsmen in their own backyard. The Indian line-up in Johannesburg boasted of Bumrah, Mohammed Shami and Hardik Pandya—all capable of hitting more than 140 kmph. And then there was Bhuvneshwar Kumar, who can bowl at 135 kmph besides being one of the finest exponents of swing bowling in the world.

The ongoing season of the Indian Premier League (IPL) shows that the pool of Indian fast bowlers is much larger. In IPL 2013, only one Indian bowler—Umesh Yadav—featured in the list of 100 fastest deliveries bowled. In IPL 2018 so far, the list has Mohammed Siraj (fastest ball, 149.94 kmph), Shivam Mavi (149.85 kmph), Avesh Khan (149.12 kmph), Yadav (148.98 kmph), Bumrah (148.15 kmph) and Siddarth Kaul (147.72 kmph). These bowlers don’t feature in the bottom of the list. Among overseas players, only Billy Stanlake, Jofra Archer, Ben Stokes and Andre Russell have bowled faster than Kaul.

For an Indian cricket fan, this list is heartwarming. Indian cricket has always been about its batsmen, and, to an extent, spinners. Fast bowling was never Indian cricket’s strength. India’s first Test team, in 1932, had one genuine fast bowler in Mohammad Nissar. After Partition, the fast bowling tap mostly went dry. The situation was so bad that even a top-order batsman like Sunil Gavaskar and a wicket-keeper like Budhi Kunderan were, at times, asked to open the bowling. The arrival of Kapil Dev in 1978 was a real game changer. Most famously known for leading India to a World Cup win in 1983, Dev also ended up taking 434 Test wickets—the highest tally when he retired. Just three pace bowlers—Courtney Walsh, Glenn McGrath and James Anderson—have since succeeded in going past Dev.

Before Dev retired from international cricket, India had begun to take fast bowling seriously. The establishment of the MRF Pace Foundation in Chennai in 1987 was an important milestone. With the great Australian fast bowler Dennis Lillee in charge, the MRF Pace Foundation combined grass-roots talent hunts with professional coaching methodology. The results began to show. The foundation counts some of the best names in India’s pace battery among its alumni. These include Javagal Srinath, Venkatesh Prasad and Zaheer Khan. Today, the country has many such academies, manned by cricket greats from India and abroad—McGrath has succeeded Lillee at the MRF Pace Foundation. The state cricket associations too have their own robust coaching structures for fast bowlers. The IPL helps, too, by exposing domestic talent to international players and coaches.

The puzzle that had long confounded a number of people, including cricket experts, was the great difference in the quality of fast bowlers produced in India and Pakistan. Sometimes, the martial race theory was mentioned in hushed voices. At other times, India’s “vegetarianism” was blamed. A systemic structure of coaching and the results this has yielded have thankfully consigned these theories to the dustbin.

Another popular myth was that gym training would harm, rather than help, fast bowlers. The gym, however, is an inextricable part of the daily routine of modern Indian fast bowlers like Bumrah, who isn’t shy of flaunting his abdominal muscles. The current Indian team sets high standards in fitness and training, and a large part of the credit goes to captain Virat Kohli. As a leader, Kohli has set a new paradigm of fitness and the average waistline of Indian cricketers has never been as low as it is today. A lot of emphasis is placed on strength and conditioning coaching and the national team has a specialist in Shankar Basu for the job. Basu is largely responsible for transforming Kumar from an average swing bowler to a lethal swing bowler, thanks to the enhanced pace gained by strength training. Indian coaches from an earlier era were obsessed with skills but didn’t value fitness much. As Sanjay Manjrekar points out in his recently published memoir, Imperfect, this phenomenon was more pronounced in Mumbai—once the sole powerhouse of Indian cricket—than in Delhi.

The supply of great batsmen and spinners is intact but it is the exciting addition of genuine fast bowling talent which offers the hope that Indian cricket is on the cusp of an era of greatness and dominance. The next decade or two is for Indian cricket to lose. #KhabarLive

Spectators Throw Shoes At Players In Stadium During IPL Match Of...