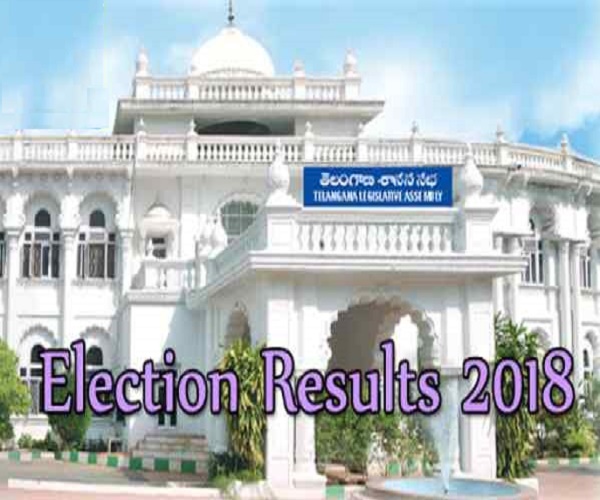 Who will emerge victorious in Telangana elections? What would be the consequences of a Congress win or a TRS win? Did caretaker Chief Minister K Chandrashekhar Rao (KCR) take a risk dissolving the Assembly? Or did his gamble pay off? All these questions will be answered tomorrow. It is notable that the Congress, TDP, TJS and CPI posed a tough fight in the end to TRS, from being in a state where TRS’s win was all but assured in the initial days after dissolution.

Andhra Pradesh Chief Minister Nara Chandrababu Naidu is the reason behind the Praja Kutami’s resurgence, it must be said. Also, Chandrababu was successful in sending tremors of fear into the TRS cadre, by using his financial resources, political strategies and media to full effect. Only Chandrababu could pull off a transition from trying to forge an alliance with the TRS to attacking the TRS after allying with the Congress.

The scenario in Telangana would have been a lot different had the Congress gone to the polls alone. But, whether the Congress would have got financial resources and media coverage on such a scale remains doubtful. The Congress leaders in Telangana could not voice out their objection to Chandrababu’s offer after the TDP chief deliberated directly with party president Rahul Gandhi. Also, Chandrababu’s settlement for just a few seats to contest for convinced the party leadership.

While Chandrababu was happy sharing the stage with Rahul Gandhi, the Congress leaders were happy with the funds and media support. But the alliance brought the Congress into disrepute and booseted the TDP cadre’s morale. If the Congress Praja Kutami goes on to win the election, it should be taken in the spirit of democracy. As per exit polls, it can be concluded that the TRS might sail through with a small majority.

Particluarly in the economically backward masses, there was an anti-TRS wave. If the Congress’s claims of anti-incumbency are true, the Praja Kutami should gain a handsome majority of seats. Former MP Lagadapati Rajagopal was also not confident about the Kutami’s majority. However, there is no credibility in his words.

The Congress should be able to win 60 seats if the MIM wins seven or eight seats, BJP wins eight to 10 seats and around 10 independent candidates win, if it is said that the Praja Kutami had a clear edge. If the TRS wins 50 seats and the MIM 7, the TRS would find it easy to form the government as the BJP is for sure an anti-Congress party. The TRS would find it easy if it manages to attract 3-4 candidates. But, if the Congress Praja Kutami wins 50 seats, it would find it tough to form the government.

If any of the parties secure a clear mandate, all the speculation would come to an end. While Chandrababu spent a lot of money for his acid test in Telangana, KCR did not fall behind in spending money. There wouldn’t be any differences between AP and Telangana if the Congress wins the elections alone. The Telangana sentiment would come into picture if the Praja Kutami comes to power and the TRS might stage protests on every aspect of governance.

Chandrababu’s yellow media has already projected him as a potential kingmaker in Telangana. If KCR doesn’t win the election, Chandrababu might for the time being emerge as a leader with no match. The TDP leaders would then promote Chandrababu as a saviour of Telangana. In turn, it might turn out to be an issue of sentiment in the State.

If the Congress-led Praja Kutami wins the election, the days of 2009-2014 might be back in the Telugu States. TRS wouldn’t have got the opportunity to rake this sentiment if the Congress had gone it alone in the polls. If the TRS wins the election, it would remain as a political issue between the TRS and Chandrababu but not a regional issue. In a way, this could be seen as a problem in the making for the people of Telangana.