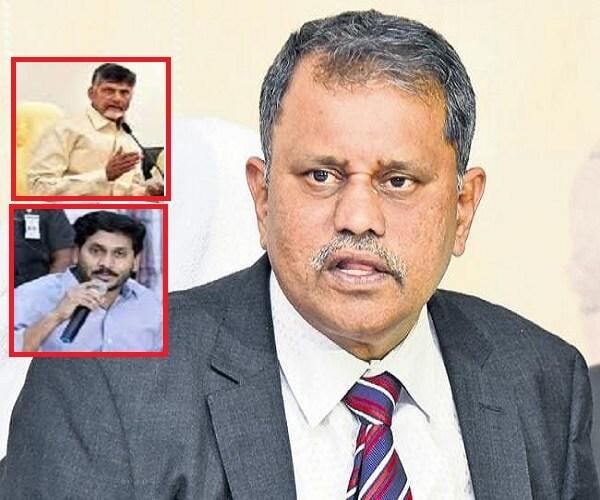 The shameful act with the prestigious constitutional authority in Andhra Pradesh makes the reputation of Telugu politics at lowest ever. Everybody in the country is hating these dirty, murky political game.

As we go on to know – Create a letter – Broadcast in media – Never take calls till 24 hours. This is the latest formula implemented in the state of Andhra Pradesh.

The social media in Andhra Pradesh had seen wide circulation of a latter, supposedly or allegedly written by State Election Commissioner Nimmagadda Ramesh Kumar to the Union Home Ministry, hours after the Supreme Court gave its verdict on the local body polls postponement.

While the SEC had simply denied to have written any such letter, neither the commissioner as a person nor the commission as institution did not lodge a complaint with the police for using his official letter-head on which the letter was drafted.

The tenor and tone of the letters and the chosen words and phrases speak the political intention of the person behind this latter.

The entire letter is directed at creating a negative image for the government with political motive and no officer would choose such language against the government.

ALSO READ:  AP's 'Three Capitals' Row: How Far 'Concerns Of Logistics' And 'Pain Of Shuffling' Between Cities Are Valid?

Nimmagadda is a senior bureaucrat and a diplomat as an individual. It was this diplomacy that made him to work for long years (2009 to 2016) with yet another retired police boss E S L Narasimhan, who served as Governor of the State.

Even if Nimmagadda is a mole of Chandrababu Naidu and is having ill-intentions to work against this government and his decision to postpone the elections and transfer some officers was taken at the behest of the TDP chief, he is not such insensible to use such language against the government and commit it in writing.

The subject and the matter of the five-page letter is mostly directed at the chief minister, his cabinet colleagues and the ruling party leaders.

There is also some statistical evidence related to the MPTC and ZPTC elections held in the State and the election process, which is officially available, suggesting that it was an “official communication.”

The intention of this letter is to further widen the gap between the government and the SEC on one side, to take a political vengeance on the ruling party on the other, besides provoking one caste (Kamma) against the government.

If the letter is not an official and was not drafted by Nimmagadda Ramesh Kumar, it is better on his part as a bureaucrat to seek police and legal intervention to find out the source of its origin and the persons behind it.

He cannot simply wash off his hands by saying that he had not written any such letter, while the letter is in circulation on his letterhead, using his seat of power.

Meanwhile, the fake letter in the name of State Election Commissioner has been making rounds in the media where only two channels ABN and TV5 are making hungama about it. Point to be underlined is Eenadu group has been silent on this.

So, what is the intention behind this letter and what happens next?

The intention is to defame the government and create panic situation among the people.

After 24 hours of mayhem, the SEC will be switching on his mobile and announcing to media that it is a fake letter and he came to know about it of late.

The media that made hungama with the letter will be apologizing to the public in low tone like “Aswathama hataha…kunjaraha”.

When asked, who created the letter, they will say it is a whatsapp forward from an unknown miscreant.

Well, despite knowing this entire drama, why the government of AP is silent on this?

Is it not a punishable crime to design the letter head of an Election Commissioner and draft a letter on it. Is it not a crime to read it for multiple times in media without verifying the facts?

The defensive mechanism in YSRCP is very poor and this is a classic example. There have been no condemning statements from anyone in YSRCP or the ruling government regarding this political prostitution.

Hope at least now, they open their eyes and mouths as well. #KhabarLive