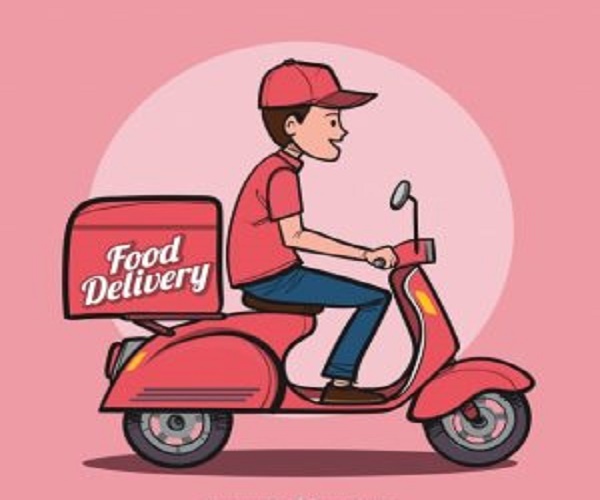 The system of incentives and the absence of a fixed salary creates a paradox for drivers as they often do not find time to stop and eat their meals for the day. Shekhar’s day begins at 4 pm when he arrives in Hyderabad’s Banjara Hills road area on his two-wheeler. He is two hours early for his shift working as a delivery driver for Swiggy, the online food ordering and delivery start-up.

“I have a full-time job working as a driver but I thought that working as a Swiggy driver would help me pay off the loan I have taken to build my house,” he says.

It’s a familiar sight in cities across India — a man on a scooter with a shirt, helmet or carrier emblazoned with one of several food-technology companies that operate today, from Zomato to Swiggy to Foodpanda. Shekhar is one of lakhs of drivers who circumnavigate cities with cartons of tea and coffee, boxes of biriyani, and an array of other foods for breakfast, lunch, tea and dinner to offices and homes throughout the day.

Though little is known about the lives of these drivers who deliver food to people in many cities and towns of India, a negative light was shone on the workers this week after a video showing a Zomato delivery person eating from food packets went viral. The delivery agent, who was in Madurai, was fired after the incident.

Yet, when #KhabarLive asked delivery persons about their work conditions, many said they had chosen a gruelling schedule that incentivises fewer breaks for those who want to increase their earnings.

28-year-old Shekhar, who lives in Manikonda, began working with Swiggy last month to earn additional income to pay off a house loan. “If we deliver 175 orders in a week, then there is an incentive,” a target he finds doable if he works six days a week, he says. Similar incentives are given to drivers for completing a certain number of orders every day too.

“I have earned between Rs 30 and 42 per orders I have taken up today. These orders involved travelling up to 4 km in and around the Central Business District in Hyderabad which has areas with many offices in a part of Banjara Hills, Shaikpet Road, Tolichowki Road,” he explains.

Shekhar refuses to discuss whether the delivery driver was right or wrong but chooses to focus on the incentives offered by the food delivery platform which prompts drivers to increase their workload. “I log in hours earlier in order to take up more orders. Since there is no fixed salary, what we earn is entirely dependent on the number of orders we take up and the incentives offered,” he says.

Zubaid*, a 23-year-old driver who began working with the same food delivery application two years ago says that he can earn up to Rs. 30-40,000 every month if he manages to work 15 hours every day. “I came to Hyderabad from Bihar. I used to work as a security guard and a driver but I earn more money now because I manage to complete orders and gain incentives offered,” he says. Zubaid says he gets Rs 200 extra if he finishes 20 trips a day. “I try to do 30 to 40 trips. Though I am supposed to work for five hours, I work for 15 hours as I want to earn the extra money,” he says.

When #KhabarLive reached out to Swiggy, the company said its delivery personnel are not under pressure to work for long hours. “The person can log off and log in as many times for as many hours in the day. He can also choose to refuse any particular order. Moreover, there are many hubs exclusively made for these workers where they can relax or have their meals,” a company representative said. However, they refused to disclose the salary paid to them citing management policy but said the pay is variable depending on the number of completed deliveries.

Zomato told #KhabarLive that they don’t have direct monetary incentive for their delivery time. “Our food delivery business in majority of the cities in India, operates from 8 am in the morning until 4 am the following day. All our delivery partners are independent contractors and choose to login (when and for as long as they want to) as per their own will for delivering food through our platform. They are free to go offline and come back online after any duration (be it an hour, day or week). Hence, all partners are advised to go offline when they want to take a break.”

ALSO READ:  A Healthy Look At Our Daily Fast Food

Though this is what the companies claim, on the ground it is evident that the system of incentives and the absence of a fixed salary creates a paradox for drivers as they often do not find time to stop and eat their meals for the day. “I want to do more trips because that gives me money but the problem is that most times, I don’t get time to stop and eat my meals. I often end up eating food from the hotel I am getting the client’s food from,” he says.

Zubaid then points to his legs and says, “I have had four accidents in two years, three were serious. This leg was seriously injured.”

The situation is similar for drivers working with other food ordering and delivery start-ups like Uber Eats, Zomato and Foodpanda.

Swiggy has daily, weekly and monthly incentives for its delivery partners. Though Zomato used to work on the same formula, they changed it recently and now offer incentives on the basis of ratings given by customers. Delivery executives who get five or four stars get incentives, while others with lower ratings don’t. In both these systems, delivering more orders is the catalyst.

Mani* is a driver entrepreneur with Zomato, and like Shekhar, has slowly begun increasing the number of hours he works on delivering orders for Zomato. “There is no other option to earn more money,” he says.

But he believes there is a long list of problems for the company to address. He points out that the vehicles of the drivers are owned by them and the petrol charges are covered under the money they earn on each order. The company also does not bear responsibility for the repairs of the vehicle.

Mani says that Zomato has only now begun to address the problems faced by its driver partners. “Initially, the drivers were paying for the food at the restaurant out of their own pocket and then the money would be recovered from the client after delivering the order. Recently however, they have changed this and the driver is not asked to pay out of his pocket at the restaurant while picking up the order,” Mani says.

The pressure to complete orders in quick time also sees the drivers cut corners. “We sometimes drive on one-way roads, especially in central Hyderabad areas like Masab tank and Lakdikapul to save time and deliver orders faster,” says Mani, before adding, “Zomato provides insurance for me but other than this, there are no other employee benefits given to us.” Swiggy, on the other hand, provides accident and medical insurance for the driver partner and his or her family.

Reports suggest that more and more delivery executives have hit the streets recently as food delivery apps ramp up their services. Zomato has 1.5 lakh delivery executives and has recently expanded to 30 new cities, and added an additional 5,000 last-mile delivery partners in the country. The company also acquired drone start-up TechEagle, to possibly carry out drone-based deliveries. But for now, the start-up has 1,50,000 people picking up orders and delivering the food to users across the country. Swiggy, meanwhile, has over 1,00,000 driver partners.

Although the start-ups remain embroiled in a competition to take a lion’s share of the market, the calls for them to do more for their drivers are slowly growing louder. #KhabarLive