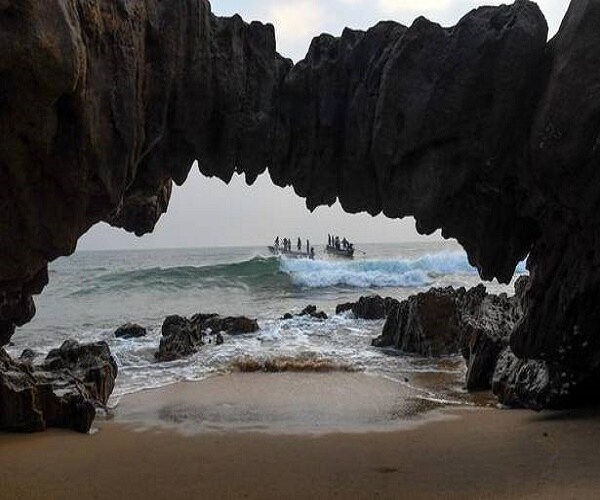 Surrounding the scenic city of Visakhapatnam are many ecologically-sensitive zones perched along the coastline and the Eastern Ghats. Ahead of World Tourism Day, take a peek into these spots. Towering red sand dunes — some as high as 40 feet — envelope you in a resounding silence at Erra Matti Dibbalu near Visakhapatnam. The occasional patch of green trees extends out of the sandy hills.

Walking through the endless, meandering maze of these dunes, a rare geological occurrence in this part of the globe, can be a fascinating experience, if you have a knowledgeable guide along with you.

Located near Bheemunipatnam, the Erra Matti Dibbalu site is more than 12,000 years old. It was recognised as a national geo-heritage site in 2014 and as a protected site by the Andhra Pradesh Government in 2016. The only other place in the country to have a similar stretch of red sand dunes is Tamil Nadu, which has the Teri dune complex.

“Sand dunes, like other geologically-significant sites in and around Visakhapatnam, are Paleo-environmental indicators and these can give vital clues to the past and the future for scientists,” says D Rajasekhar Reddy, advisor to Geo Heritage Cell of INTACH and former professor of Geology, Andhra University.

ALSO READ:  Come 2019, Galore Of Predictions On Indian IT Industry

About 18,500 years ago, a major climatic shift took place during the Glacial Maximum Age. This phenomenon, interestingly, is linked to the formation of the red sand dunes.

“During that period, the sea had receded about 50 kilometres from the present coastline, with a vertical drop of 120 metres. As a result, the continental shelf was exposed and sand was transported and deposited on land,” explains Reddy. Incidentally, the sand was never the shade of red (as we see it today) back then. “The red colour is a result of geo-chemical alterations that happened over the years,” he states.

As you walk around the red sand dunes, you would notice a peculiar characteristic of these hills. The red dunes are neither rocky, nor sand-like, but have an unusual texture that binds them together. Only when you climb over these dunes and walk over the top of this geological site can you get an idea of its vast expanse, spread over more than 100 acres. 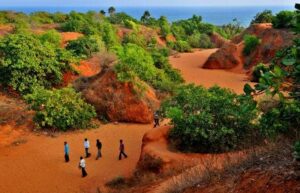 Natural arch
A little before Erra Matti Dibbalu is another geologically-sensitive site, perched along the coastline of Thotlakonda. Here one of the most noteworthy geological developments is still in progress. Thousands of years of wind and sand action along the shore has resulted in natural rock formations — something that has turned into a tourist attraction in recent years. Some are in the shape of dunes and others form bridge-like arches, seen better during low tide. This particular coast also teems with marine life, including brown algae and the peacock’s tail.

“This particular spot is a live laboratory for researchers and students,” says Reddy. And there is plenty of reason to believe so. “This natural rock formation is still evolving with Nature. The formation began after the last Ice Age at around 10,000 years ago and is similar to the natural rock arch of Silathoranam in the Tirumala Hills,” he adds. 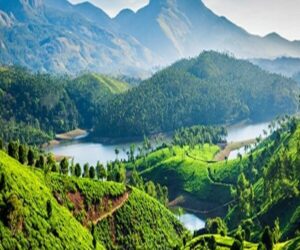 Wonders in Eastern Ghats
Moving towards the Eastern Ghats belt of Visakhapatnam opens up another site of geological significance — a volcanic ash site in Araku.

The Geological Survey of India has dated this site to be about 73,000 years old. Here, a large part of land is covered by a 70-centimetre-thick sheet of volcanic ashes, which moved all the way from the Mount Toba volcanic eruption that occurred about 75,000 years ago in Indonesia.

“The sites needs to be studied to understand the magnitude of the explosion, climatic condition then and how ash traversed such great distances to settle down in a remote corner of India,” says Reddy. “It is intriguing and provides a major clue in the reconstruction of the geological history of the rocks of the region.” 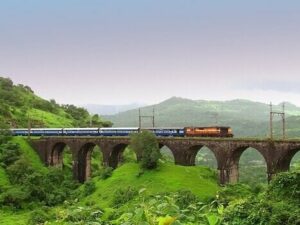 How to get there
Erra Matti Dibbalu: These red sand dunes are located at a distance of 45 kilometres from Visakhapatnam. It is well connected by buses and one can also hire a cab to reach there.

Thotlakonda natural arch: The drive along the coastal stretch from Visakhapatnam towards Thotlakonda Buddhist Site is 36 kilometres. After crossing the site, a signboard mentions the presence of natural rock formations. Park your vehicle at the roadside and walk down towards the beach to discover these geological wonders.

Araku Valley: The scenic valley is situated at a distance of 120 kilometres from Visakhapatnam. It is well connected by train, bus and cabs. #KhabarLive