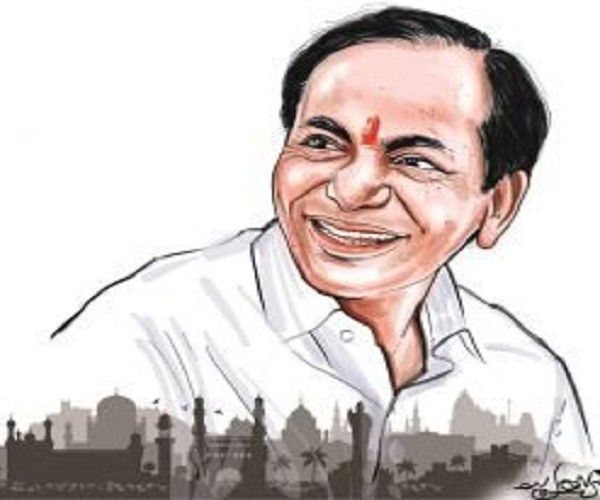 Going by the disarray in the opposition camp, it is highly likely that the Federal Front — mooted by KCR — will be calling the shots post-May 23. Telangana Chief Minister K Chandrashekhar Rao has this uncanny ability to read the public pulse and the direction in which the political winds are blowing. Leaders of several political parties, particularly regional outfits, have now begun to acknowledge Rao for this rare quality in a politician.

When the Chief Minister announced early last year that the country needed a non-BJP, non-Congress Federal Front, many scoffed at him. Several leaders dismissed the Federal Front concept as a non-starter, believing that any combination without one or the other national party would not take off, leave alone getting anywhere near forming the government at the Centre.

Rao stood his ground, with sound conviction and a never-say-die attitude. These were the very qualities that had catapulted Rao and the Telangana Rashtra Samithi into political limelight that eventually ended in the bifurcation of Andhra Pradesh and the birth of Telangana State in 2014. The rest, as they say, is history. Focusing on the State’s development and people’s welfare, Rao successfully placed the State on a high pedestal on all fronts, usurping the lead positions of several so-called developed States on the way.

It was then that his attention turned to the national political scenario, where the BJP-led NDA had nothing to show for its five years of governance at the Centre. The Federal Front idea was mooted and Rao began having one-on-one meetings with BJD’s Naveen Patnaik, Trinamool’s Mamata Banerjee, SP’s Akhilesh Yadav and DMK’s MK Stalin, among others. Around this time, things were souring up between TDP president N Chandrababu Naidu and the BJP eventually leading to his exit from the NDA.

Alarmed by his Telangana counterpart’s foray into national politics, Naidu sought to don the role of playmaker among the regional parties, many of whom were already in agreement and in touch with Rao. The AP Chief Minister went on a photo-op spree with the regional leaders, with Rahul Gandhi and Sonia Gandhi in attendance on one or two such events.

The much-touted Congress-led Mahaghatbandhan fizzled out with BSP’s Mayawati and Akhilesh Yadav deciding to join hands, and making it explicitly clear that the Congress was not welcome in the combine. Half-way through the 7-phase general elections, the political equations suddenly seemed to change.

The Congress, probably spurred by a desperate Naidu, sought a meeting of all opposition parties before the announcements of results on May 23. Mayawati, Mamata Banerjee and Akhilesh Yadav have reportedly turned down the request. In fact, Mamata Banerjee is reported to have bluntly told Naidu when he airdashed to Kolkata from New Delhi last week that there was no need for a meeting of opposition parties before the announcement of results.

There can be only one reason for the leaders shunning the meeting – having faith in Rao’s conviction that the Federal Front would be calling the shots post-May 23, when one of the two national parties would have to step down from their high pedestal and support the combined force of regional parties, for a change.#KhabarLive