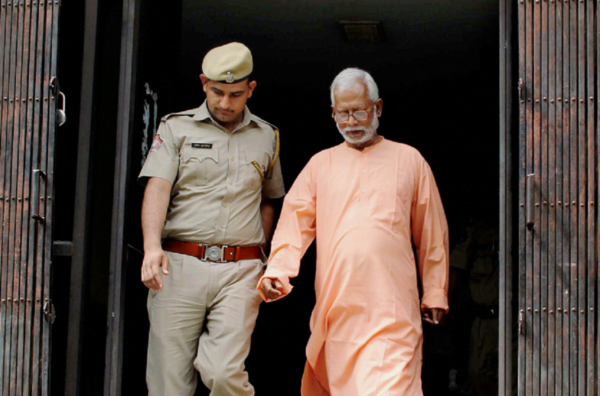 The designated special NIA court judge, Ravinder Reddy, is alleged to have granted bail to an accused out of turn in Nov 2017, which led to an official complaint against him in the High Court.

Hours after acquitting all five accused in the controversial 2007 Mecca Masjid blasts case, the district court judge who gave the order resigned in Hyderabad.

A Hyderabad-based advocate, on the condition of anonymity, said the vigilance department of the high court in Hyderabad was looking into the complaint against the judge.

The vigilance registrar of the high court or judge Reddy could not be reached for a response. This report will be updated when their comments are received.

In an affidavit filed before acting chief justice Ramesh Ranganathan of the High Court of Judicature at Hyderabad, Krishna Reddy, a Hyderabad-based litigant, filed an official complaint against the judge.

“The CBI is looking into the allegations against the judge,” a CBI officer confirmed.

ThePrint has accessed a copy of the sworn affidavit that was filed on 11 December 2017.

“The case was before this judge only because the regular judge was on leave. The public prosecutor was also held up in another court. In spite of all this, the accused got bail for reasons best known to the judge,” Ranga Rao, Krishna Reddy’s lawyer, explained.

In less than a month, the Anti-Corruption Bureau (ACB) has arrested three lower court judges in separate corruption-related cases. The cases were referred to the anti-graft agency after the high court found the involvement of the judges in an in-house preliminary inquiry.

Ranga Rao himself had filed a complaint against S. Radhakrishna Murthy, first additional metropolitan sessions judge in the Nampally sessions court, alleging the judge was indulging in corruption in granting bail and passing judgments.

He alleged that Murthy had accepted Rs 7.5 lakh bribe through advocates for granting bail to a student, M. Dattu, who was arrested under the Narcotic Drugs and Psychotropic Substances Act, 1985.

According to the ACB chargesheet, in all three cases, the judges were accused of accepting bribes to grant bail.

“There have been several such instances, but very few litigants are willing to take it up formally. The courts also do not entertain anonymous complaints. A crackdown has been possible because the chief justice has been very proactive and has decided to take action,” Rao added. #KhabarLive