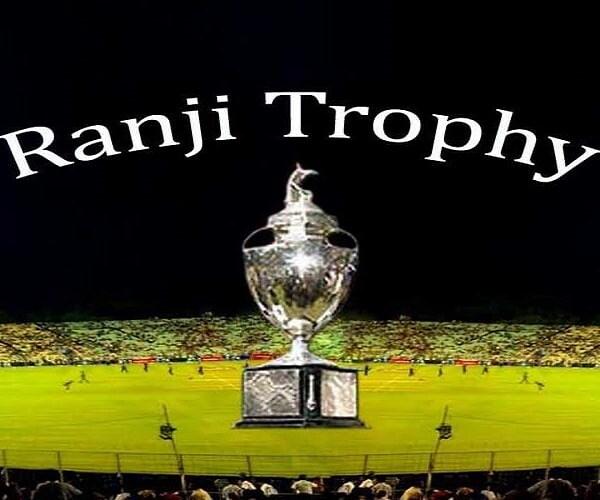 Indian cricket’s premier domestic tournament, the Ranji Trophy — in its newly formed avtar last year — is on its second leg this year. With 38 teams in the fray, Indian cricket has truly reached the length and breadth of the country. The Lodha committee recommendation, in involving the north-eastern states along with a few others awaiting recognition, has played a major part in this effort.

The Ranji Trophy that commenced in 1934 on the lines of the Australian and New Zealand domestic cricket structure, with just a few provinces and states participating in it initially, has now grown to become the biggest cricket league in the world.

In the earlier days, an upcoming cricketer’s dream was to get selected into their respective state team to play Ranji, for one to be recognized and considered for a place in the national side. There was no easy way to success as one had to perform exceptionally well in the domestic tournaments to do so.

The present structure of the U-19 India side, the India ‘A’ and the franchise-based Indian Premier League (IPL) and the various limited-overs tournaments being played in India, has made performances in the Ranji Trophy less relevant.

The pride of playing for one’s state or association has diminished extensively, with young upcoming cricketers far more interested in making a name through their performance in the IPL rather than the conventional route of making it to the top.

The success of the Ranji Trophy is what will keep Indian cricket flourishing and therefore, similar to Test cricket, this tournament needs a shot in the arm to get its due recognition and pride of place. Apart from a mandatory international overseas tour and players playing in it, every cricketer should be made to play the domestic circuit, when available. The India ‘A’ and U-19 tours should not be scheduled during the Ranji Trophy tournament.

It was sad to see this year in the Ranji Trophy, two of the premier sides of the country, Mumbai and Tamil Nadu, losing two outright games to opponents whom they would have scoffed at in the years gone by. One was, therefore, perplexed and shocked that international players from Mumbai, Tamil Nadu and other Ranji Trophy teams were allowed by the BCCI to rest and relax, while their sides were playing some crucial and important matches.

The BCCI’s attitude in molly coddling the senior level players and keeping them away from the domestic circuit is why the value of playing cricket at home has diffused drastically. In the last decade, one has been seeing as to how the Indian national cricket team players have found ways of escaping playing domestic cricket on some excuse or the other.

The case of Prithvi Shaw is a good example of the way domestic cricket is being seen by the administration. Shaw, during a Ranji game in Mumbai, injured his shoulder while fielding. In the middle of the game he was flown to the National Cricket Academy (NCA) in Bengaluru. #KhabarLive

Why ‘Marriage’ Becomes A Challenge For ‘Over Qualified’ Muslim Women In...