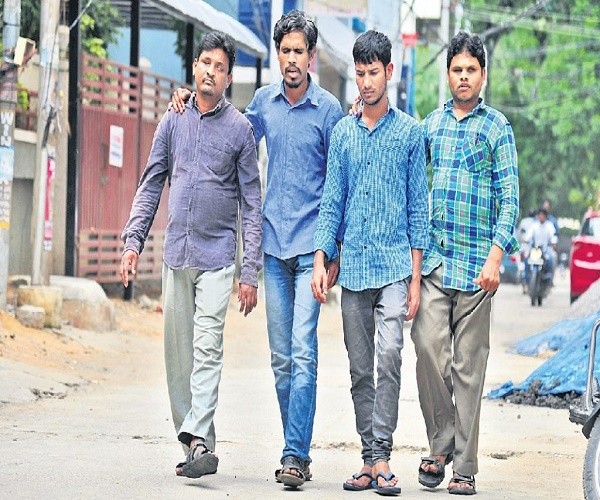 How residents of Government Home for Blind in Salarjung Colony give new meaning to the word ‘moral fibre’. At the government hostel in Salarjung colony, near Tolichowki, close to 158 members participated in various cultural activities organised by the Louis Memorial Trust and enjoyed a dinner sponsored by the ex-inmates of the hostel. The event saw chief guest and Home Minister Nayani Narasimha Reddy and many other prominent personalities in attendance. In the everyday routine of the members, the annual event is something they all look forward to.

Started in 1986, the Salarjung colony hostel was started to accommodate the increasing number of visually challenged individuals in the Tolichowki and Nanal Nagar hostels for the blind. Housing unemployed youth, a hosteller has to leave once they land a government job so the population is a floating one here. The hostel is maintained by the warden M Chiranjeevulu who encourages the inmates to take up whatever activity they want.

The inmates are used to the crowded colony and walk confidently on the main road without any assistance. The atmosphere is peaceful here as you look around the two-storey building where a group of visually-challenged youngsters are listening to the news on TV, while others are engrossed in their mobile phones with Braille keys. Among the 23 rooms, the ground floor comprises the dining room, office and TV room along with rooms of the senior inmates. It’s a good environment and everyone helps and supports each other like a family member would.

This particular hostel also has an interesting history when it comes to its past inmates. Despite the lure and comfort of government jobs, many have chosen to take up professions across a wide spectrum of fields. Room No.3 in particular has been home to many achievers, Blind World Cup Champion in cricket, Gunja Madhu being one of them. “I joined the hostel in 2007 at a time when I wasn’t sure if I had it in me to lead a normal life. But now I have a huge family. I may not live here anymore but I still visit them regularly and guide the youngsters just like my seniors guided me,” says Madhu who is now working as an office administrator at Sysgain and lives with his parents in LB Nagar. The room next to his used to be cricketer Ajay Kumar Reddy’s room. Currently, he is the Captain of the National Blind Cricket team. He was recently seen as a guest on the TV show ‘Comedy Nights with Kapil’. 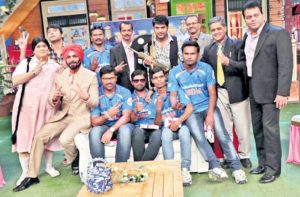 Among the hostels present occupants is electrician Jarapula Gopal who is responsible for maintaining the electrical setup and appliances here. He doesn’t let life’s hardships get in the way and is always smiling.

“I buy electrical wires and other supplies every month with my pension money of Rs 1500. I was always interested in electrical works and learnt the work at an electrical shop in Achampet. I first tried my skills on a radio, now I can take apart an entire radio/TV and put it back together easily,” says Gopal who is 100 per cent blind. His neighbour Sattish Kumar works as a postman at Nizamabad Post Office while another, Nagesh works at Basheerbagh Post Office.

“Most of us are into arts since we are not allowed to take science and maths in intermediate due to practical classes. So we take History, less than one per cent take up commerce,” states Madhu.

For their living expenses, the visually challenged get a monthly pension of Rs 1500, while the mess charges of Rs 1500 are paid by the State government. A nominal amount is given to them for cosmetics, while Rs 540 is given to them annually to buy clothes and other necessities from Telangana State Handloom Weavers Society.

“We have all the facilities here, a newspaper reader comes at 10 am every morning so we get to know what’s happening and he also helps us fill application forms. A barber and nurse visit on alternate days while the dhobi comes on a weekly basis,” says Saidulu, a hosteller. Though life throws challenges at them, the visually challenged have managed to make the most out of their circumstances helped by others. The love and affection they give each other is a ray of hope for them in a night full of darkness. #KhabarLive

Why India Turned Into ‘Thick Plume’ Of Colours today?

Is ISRO Working On ‘Reusable Rocket Designs’ For Space Exploration?