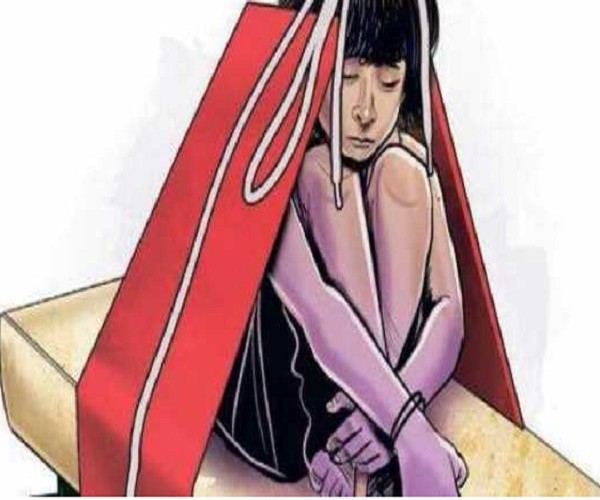 Experts say the entire judicial process is ‘tedious’ and ‘traumatising’ for the children and their families. Tamil Nadu ranks higher than most States when it comes to court disposal of POCSO cases with a conviction rate of 42.8 per cent.

However, what causes concern to experts is the dismal pendency rate which stands at 74.6 per cent. Section 35 of POCSO (Protection of Children from Sexual Offences) Act envisages the disposal of cases within a year of the date of cognisance of offence. However, this clause seem to exist only on paper.

Experts say the entire judicial process is ‘tedious’ and ‘traumatising’ for the children and their families — in stark contrast to the intention of the law, which envisioned that every stage of the judicial process would be child-centric and victim-friendly.

The POCSO Act, 2012 deals with sexual abuse and exploitation of children. For any sexual assault (including rape) reported against a minor, this is the Act under which a case is filed. POCSO covers penetrative sexual offences as well as sexual assault, including exposure to pornography and sexual harassment.

“There is no doubt that it is a bad pendency rate,” said advocate V Kannadasan. “The implementation of the Act is very poor. I don’t know of the Child Welfare Committees doing anything for these cases. The Act clearly states that women investigation officers should speak to the children but in a majority of cases, it is the male officers who do it. An acquittal takes place when witnesses turn hostile or fail to come to court. The court should provide conveyance for the witnesses and even protection when required.”

In Tamil Nadu, the figure stands at 3,682 POCSO cases pending from 2015 with 2,144 being sent for trial during 2016. This takes the total number of cases for trial in 2016 to 5,826.“I have dealt with innumerable cases but it was only in one case that the time frame of one year was adhered to — Hasini’s case,” said Sherin Bosco, founder of Nakshtra Rape Crisis Centre. “According to the POCSO Act, cross-examination should be very minimal, but children are often subjected to cross-examination of over one hour where they are asked all sorts of incriminating questions and are made to relive the episode. It is traumatising.”

NCRB data showed there were 90,205 POCSO cases pending trial at the end of 2016, making the conviction rate an abysmal 29.6 per cent and taking the pendency rate to 89 per cent at the national level.

“There are many legislations that have a time frame but given the systemic problems, the time lines cannot be adhered to,” said advocate Geeta Ramaseshan. “One of the reasons why the number of cases pending is high is because courts are being flooded with elopement cases and cases of exploration of sexuality among teenagers. This is because any sexual act below the age of 18 is considered to be an offence under POCSO Act and this is extremely problematic.”

However, with this delay it is the survivor who suffers.“I handled a case where the girl went for the first chief examination in December 2016 when the case was filed in March 2015,” said Bosco. “By that time the case should have been done with so the victim would not have to relive the incident, but rather can be rehabilitated. Acquittals are so common in these cases because many times the public prosecutors are ill equipped to deal with such cases.”

It is not only the mental trauma that a survivor has to endure, but also the pressure of remembering all the gory details. “When a trial is delayed for long, the survivor can forget crucial details which can be detrimental to the justice process,” explained Ramaseshan. “They won’t forget the act, but they may forget details which can prove to be important. This could be something like the colour of the perpetrator’s shirt. This is the greatest disadvantage of recording evidence later because the mind and memory of the survivor is bound to be different. To prevent this, the evidence of the child should be recorded immediately.”

Another major issue that these cases face is the manipulation of witness accounts. This could also be because a number of times, the perpetrator is known to the child. They could be an immediate family member or even extended family which leads to a number of people withdrawing the case or changing their statements out of fear.

“For the POCSO Act, if the charge sheet is not filed within 90 days, bail can be provided,” said Kannadasan. “This is a problem as the accused come out and manipulate the case by threatening witnesses. Violence against children is one of the most heinous acts and warrants accused to remain in lock up for 180 days, like the provision in narcotics cases. In that time, the witnesses should be examined without any fear of the accused. The trial should be conducted on a day-to-day basis as directed by the Supreme Court in sessions cases,” he said.

Child Welfare Committee have been vested with important functions under the Act and there is one in each district. However, few are aware of its existence. “There is not much awareness about the existence of the CWC, neither is the committee given much respect from other stakeholders in the legal process,” said P Manorama, former Chairperson of the Chennai CWC.

What is Child Sexual Abuse (CSA)?

CSA is a broad term used to describe sexual offences against children. It occurs when a person involves the child in sexual activities for his/her sexual gratification, commercial gain or both. POCSO defines a

“child” as any person below the age of 18 years.

In most cases of child sexual abuse, the offender holds a position of trust and/or power vis-à-vis the child and is often known to the child victim. Statistics from National Crime Records Bureau suggests in 80-90 per cent of the cases, the offender is ‘known’ to the victim.

What if the offender is a minor?

The POCSO Act would still apply, the only difference being that the procedure would be as per the Juvenile Justice (Care and Protection of Children) Act.
SOURCE: User Handbook on POCSO Act,2012

1. Children are afraid that they may be disbelieved.
2. Children feel a sense of guilt that perhaps it is indeed ‘their own fault’ that the abuse occurred.
3. Every time a child talks about the incident of abuse they may be remembering and reliving the trauma; and children don’t want to remember the abuse.
4. Children are afraid that the person who groomed and abused them will stop loving them or get into trouble because of them. This is because of manipulations during the ‘grooming’ process and is also true in cases where the offender is a family member.
5. The child may have been manipulated by the offender into believing that their relationship is normal. Sometimes, the child does not realise that it is being abused.
SOURCE: User Handbook on POCSO Act,2012 #KhabarLive

Don’t ‘Milk’ It For Politics – ‘Breastfeeding’ Intrinsic To Life