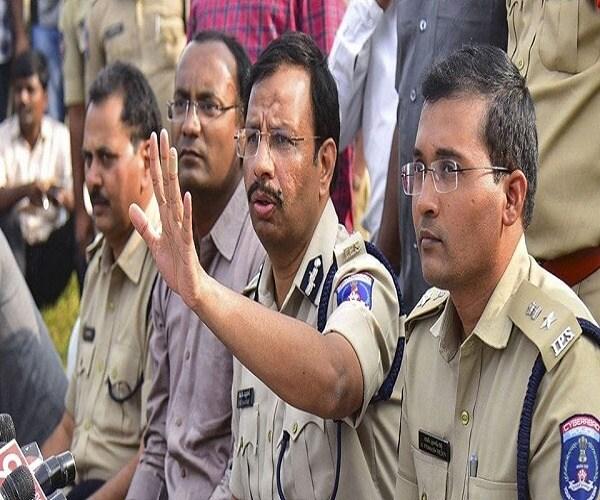 The ugly politicisation of rapes is a new low for the country because underlying it is the cavalier attitude of lawmakers towards crimes against women. Politicians should also refrain from making remarks that can be construed as trivialising such ghastly crimes.

The killing of the four rape accused in a ‘police encounter’ in the wee hours of December 6 is being celebrated by citizens as justice delivered. Nothing could be further from the truth. While many questions remain about the circumstances under which these killings took place, what is really worrying is how this incident has spurred an atmosphere of vigilante justice in the country. We come across as blood-thirsty and revenge-seeking people, under the garb of seeking justice.

Till now, debates were centred around whether harsh and cruel methods were the answer to increasing and horrific crimes taking place in society. People, including parliamentarians and legislators, have made bizarre demands in the past, like castration and lynching of sex offenders. But with this incident, we have crossed one more boundary which has dangerous consequences – that of saying that we do not need rule of law. We can hand over the business of justice to organised lynch mobs, who will have the power to decide who the criminals are and how they should be treated. We, the public, can then be satisfied that we are now safe, and go about our lives, as if all is well. The criminal justice system can now be called the police justice system.

One is not trying to trivialise the plight of sexual assault survivors. But if we are serious about addressing the issue of increasing violence in society, we need to engage in some soul searching. We need to ask a few tough questions about the depravity of human beings who brutalise their fellow beings in such a manner. We also need to ask questions about why the criminal justice system is not able to deliver justice to victims and society at large. The answers are, unfortunately, not very simple. Complex issues require multi-layered solutions; short cuts and cathartic responses simply will not do.

The increasing depravity of human beings lies at the doors of our social structures – the underlying class, caste and gender inequalities in society. As long as we treat our men and women unequally, and commoditise women as objects for physical and sexual use, gender-based violence will continue to plague us. Add to it other axes of structural inequalities of caste and class, and the nature of violence will tend towards more and more brutality.

When we respond to brutality with equal or greater brutality, we will give unto ourselves a more brutal society. We will end up engendering a vicious cycle of violence. We need to learn to do things differently if we are to find lasting solutions. We need to focus on socialisation, education and awareness-building towards creating a more equal society.

When it comes to the response of the system towards violence, we need to think of what really ails the system. The answers stare at us. Our criminal justice system is broken – under-staffed, under-nourished and over-burdened. The India Justice Report 2019, which was recently released by the Tata Trusts (I was a part of the team that produced this report), has shown that there are 22% vacancies in our police departments (as on January 1, 2017) and around 20-40% vacancies in the judiciary (2016-17). The percentage of women in the police force is around 7% (2017) and 26.5% in the judiciary (2017-18). More than 20% of court cases were pending for more than five years in ten states, with the highest pendency being in Bihar and UP (39.5 and 37.8%).

The average area covered per rural police station in 28 states and UTs exceeded 150 sq km. The population covered by a police station ranges from 33,000 to 2,40,000. The budget allocations on the criminal justice system are woefully low. For example, as of January 2017, the average all-India per capita spend on policing was a paltry Rs 820. Numerous recommendations by police reform committees and the Supreme Court directions in the Prakash Singh case remain largely on paper.

The road to justice will require a series of steps to be taken: increase the police-population and judge-population ratio; increase the number of courthouses and police stations, invest in police, prison and court infrastructure; invest in technology and training of criminal justice functionaries, and diversity in terms of gender and caste/tribe/religion in the system.

More transparent mechanisms are needed, whereby information on crime and the systemic response to crime is more easily available on a year to year basis. The legal aid system needs to be improved and posts of social workers in the criminal justice system are required to provide socio-legal guidance and support victims and offenders who can be rehabilitated.

All this will require political will and resources, which is a small price to pay for our safety and security. The question is, will we push our political parties and governments to move in this direction or would we be satisfied with “instant justice” and revenge? #KhabarLive