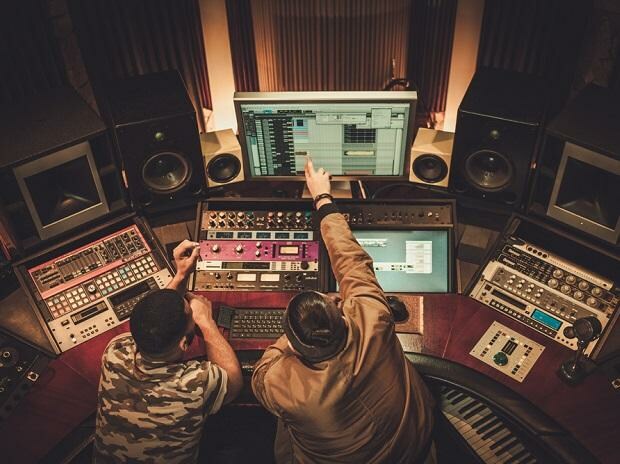 In a county where Bollywood and cricket rule the entertainment industry, indie music is slowly making its mark in India. The rise of independent artists can be attributed to new technological mediums and increased living standards as well.

For a long time, East and West have always exchanged knowledge and skills, be it art, culture, technology, and so forth. There’s no doubt that when it comes to music, a country like India has not only been open toward the drastically changing music scene globally, but also has accepted it with an open heart. This has pushed its indie scene forward in turn.

“Back then, indie music was still emerging as its own genre of music. Independent music and hip-hop were still fairly unknown to the general public. Now hip-hop has evolved a lot since we started and younger rappers and singers are coming up with their own styles and sounds,” Shravan J. Nair, a Bollywood playback singer, said.

“We also have Indian musicians living abroad that are influencing the genre very heavily. Overall, the growth of hip-hop and indie music in India in the last decade has been a very positive one and I’m very excited to see where it is headed.”

Indian youth today have caught the early influence of the indie music culture, which kicked off in the United States, eventually witnessing a gradual rise in India.

When Indian audiences started accepting fusion music in particular, Bollywood gradually caught the attention of emerging indie music artists in India. But all this started with the end of the 90s and the dawn of the new millennium, where legends like Pritam Chakraborty were changing the sound of Indian music.

By mid-2005, the Indian music industry had already seen the emergence of experimental music and videos. However, that didn’t result in significant popularity. The indie music genre slowly picked up its influence over musical platforms like YouTube in the late 2000s. Its immediate influence wasn’t seen, but after 2009 many youths caught up with this music industry.

One such artist is Vivek Verma. Verma was 21 when his first official Album “Colors of Sufi,” a Hindustani classical fusion album, was released. He now has 22 songs and three albums to his name, but his topic of choice for his music has evolved. His latest, Bang Bang, is a pop song “Mai Aur Tu.”

It wasn’t an easy ride for Verma though. The Indian singer/songwriter, who hails from New Kenda, a six-hour car ride from Kolkata, struggled in his initial years. So the 26-year-old decided to migrate to Mumbai in order to seek musical success. Verma says that the music industry is concentrated in Mumbai, and as an indie artist trying to make it big in India, he is convinced that he needs to work harder and collaborate with different Bollywood artists. In a sense, Bollywood’s shadow can be seen over different music genres in India.

Indian audiences now know the taste of independent music. Artists like EmiWay, Divine and Darshan Raval are coming out with amazing creations which have raised the bar for other budding artists. Music in India has got a different face now–a face which does not need any support like movies to make any standalone establishment. So I have been working on creating my own sound which can help me in establishing an identity. I believe through this I can contribute to changing the sound of Bollywood.

There’s no doubt that indie music culture is on the rise in India. The market is definitely not limited to India either, as people living abroad tend to support Indian artists and artists from India hold shows worldwide. Artists are becoming sudden stars. Ranu Mondal got a break from Himesh Reshammiya,and became a star overnight. He went from singing on the railway platform to a singer in a Bollywood movie called “Happy Hardy and Heer.” The music industry finally is accepting real talent with open arms.

Indie artists in India humbly acknowledge their success as a result of the broader audience acceptance of their music. “I think the Indie Music community in India is growing massively. And I am fortunate enough to be able to do what I love these past years and am still continuing it,” Gajendra Verma, a digital star in India, said. “Many people now are accepting this culture and many are interested in pursuing it as a career.”

One of the most successful artists to come out of the indie music scenario in recent years is Darshan Raval. Darshan’s recent release is “Dil Mera Blast” has crossed 27 million views on YouTube. The numbers are indicative of the growing influence of independent music.

“Raw Star gave me a lot of exposure which I never expected at that time, to be honest. Being famous and turning this passion of singing into a career just happened eventually,” Darshan said. Darshan who has a massive fan following uses his music to spread a message to the youth with his songs.

Where hip hop and indie music have given aspiring artists a platform, at the same time, the competition has gotten tough. This has led to a struggle for sustainability.

But the likes of Gajendra Verma remain optimistic about the future of Indie music in India.

“I think the whole music industry in India is on a transitional phase at this moment. It’s still going to take some time for people to be convinced about digital distribution, streaming royalties, and so on,” Verma says. “A lot of artists are doing very well at the moment for their career as there are more opportunities of live shows and gigs than before but the traditional concept of album sales needs to be rejuvenated.” #KhabarLive

Is Rahul Gandhi, The ‘Most Eligible And Charismatic ‘Bachelor’ Of India’?

20 Ways To Sell Your Product Faster