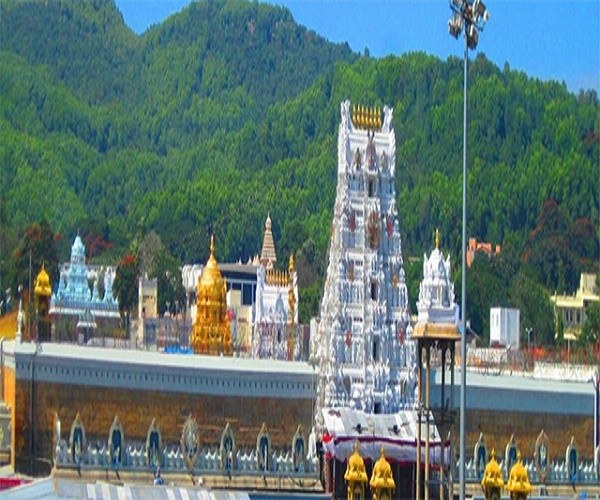 It seems like the Archaeological Survey of India (ASI) wanted to amuse people on this day. However, with its faux pas over TTD temples, it has ended up as a laughing stock. It is preposterous that the ASI circle of Amaravati suddenly wished to declare temples under TTD as protected monuments. The more audacious aspect is that the bosses in the national headquarters had no clue of this missive.

To crack a joke or deliver a dialogue in a film which can make the audience laugh requires perfect timing. Similarly, the ASI chose Saturday for the faux pas. But, it created quite a stir among the officials of the State government, the TTD Board members and lakhs of devotees. The move came at a time when people are already angry with Centre for its failure to fulfil the commitments made while bifurcating the state, because of which Chief Minister N Chandrababu Naidu is already on the warpath.

The letter from the ASI at this critical stage is being as seen as Modi’s way of arm-twisting those who fall out with him. One is not going into the issue of whether ASI is competent to take over the temples or if this would undermine the TTD authority but what is inexplicable is in trying to fathom the reasons that drove the ASI Amaravati circle to write such a letter, in the first place.

One should understand that Tirumala temple is not an ordinary temple and cannot be compared with any other temple. The activities here are guided by Agama Sastra and there are several pontiffs to advise the TTD on what needs to be done and how. One might argue that there are temples like Draksharamam at Samarlakota and Kalyana Venkateswara Swamy temple at Srinivasa Mangapuram which are protected monuments, but the income is accounted for under respective heads of TTD or the Endowments Department.

Declaration of a monument as protected monument only results in the structure being protected by the Archaeological Department. It in no way brings temple administration under Government of India. As per the Ancient Monuments and Archaeological Sites and Remains (Amendment & Validation) Act, 2010, if any new construction on the premises of the protected monument or renovation has to be taken up, one has to obtain permission from the competent authority.

The fundamental objective of TTD is to protect and carry out three key functions: Promotion of Vedic and Agamic traditions and their significance in the lives of people; keeping arts (sculpture, painting, dance, music and literature) as inseparable components of traditional culture; and propagating the ancient science of Vaastu and Silpa Shastras.

If the ASI takes over TTD temples, it would result in utter chaos and even the State BJP leadership, for sure, would not support it. If TTD temples are taken over in Andhra Pradesh, nothing stops the ASI from casting its eye on Yadadri, Bhadradri and other such important temples in Telangana, as well, which is a sure shot recipe for disaster!#KhabarLive