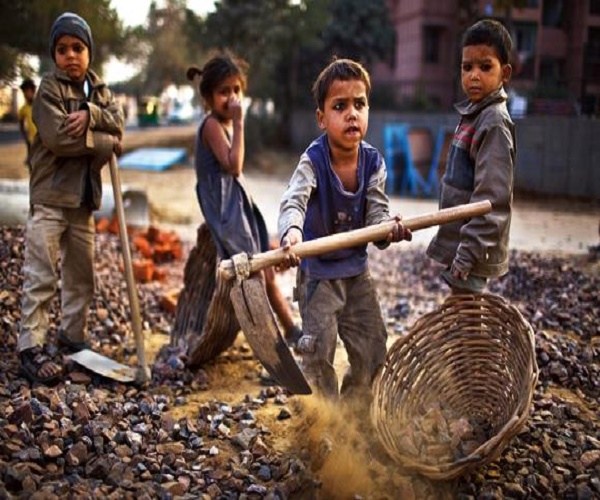 It’s tragic that in the glitz of TRS Govt fame and glory and best populist welfare schemes in India, Telangana Govt neglected hundreds of little shoulders burdened with child labour. And the child labour racket is thriving in Hyderabad under the stringent laws and sharp vigil eye of government and law.

“They were stuffed like rats inside a small hole.” This was how a constable of Hyderabad police described to me what the cops saw when they stumbled upon 216 children – in the age group of eight to 17 – huddled together in tiny rooms in a three-storey building in Hyderabad old city area. The pre-dawn swoop was meant to nab hardened criminals operating beyond the Charminar. Instead, a posse of 500 policemen came face to face with children, their childhood robbed in the dark underbelly of the narrow bylanes of Bhavani Nagar in Hyderabad’s old city. 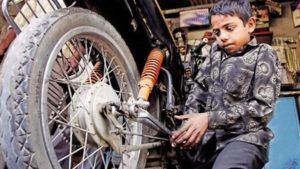 The children were brought from Bihar – from Gaya, Nalanda and Jehanabad. 201 of them boys and 15 girls. The younger ones did not even know the name of their village or parents. The older ones knew their “price”. Some had been “bought” off from their parents for as low as Rs 3,000, some for Rs 5,000. Some had arrived three months back, some had been around for close to two years.

The child labour racket was operational for the last six years. The neighbours in the building – a tailor, an educationist – claimed they had no clue. Rubbish, snapped DCP V Satyanarayana. He will book all of them as “brokers”.

The children were herded together and taken to a function hall, a stone’s throw away from Falaknuma Palace, which usually sees the glitter and the pomp of celebrations by some of the richest people in India. Such a pathetic irony, I thought. The children, clearly intimidated by the men in uniform, did not know what was in store for them.

“Mera naam Chottu hai,” said a little boy, not more than eight years old. That’s all he knew. He had no idea how much time he had been in Hyderabad, how many hours he was made to work, where he had come from. He did not even remember if he had ever seen the inside of a school. There were many like Chottu, who did not even know how old they were.

How can India which claims to have a heart, not weep for killing Chottu’s childhood. If you ask me, India has blood on its hands. Yes, the same hands whose wrists are adorned with bangles made by Chottu and his friends.

“Everyday they work for 15 hours. After work, they rest in the same congested with the pungent smell of the chemicals, used in bangle making. Each room has 25 to 30 kids,” said Satyanarayana. He told me how CCTVs are installed in the building for the proprietor to keep an eye on the children. “If a boy is found not working properly, he is spotted on the CCTV and is beaten up,” he said. 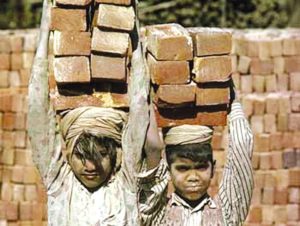 Dipu Kumar from Gaya, who wasn’t sure if he is 12 or 13 years old, has been around for seven months. “I get a monthly salary of Rs 3,000. I send a bit of that back home sometimes. I was sent here because of poverty back home. The broker gave Rs 5,000 to my parents.”

“Yes, we pay the parents and bring their children here.” The leader of the pack of brokers, 43-year-old Mohammed Asghar Quadri is a combative man. “But we are not practising bonded labour. Let any child say we brought them here by force or kidnapped them. I agree we are not supposed to engage in child labour but will you provide food to the children? Please remember they live in abject poverty in Bihar.”

13-year-old Lavkush Kumar, from Nalanda, nodded in agreement. He said he has never gone to school. “The broker paid Rs 3,000 to my parents and now pays me Rs 1,500 per month.” His T-shirt bears the slogan, “Make a Change”. One can only hope the change will be for the better.

But if that change will be a return to Bihar, it is unlikely that life will be any better for Lavkush, Dipu and Chottu. But a change of the kind that scums like Quadri seek, is not the right option either.

It is this India that needs to see acche din. The tragedy is that in the glitz of an Obama visit, the sensex at 29,000 and PK grossing Rs 600 crore, this India is getting pushed off the map. Till they are discovered in the darkness of the night.

No Protection Of Child Rights
Twelve out of every 100 children in the city, aged between 5 and 14 years, work as child labourers, giving Hyderabad the dubious distinction of having the highest number of child labourers in the State.

This was revealed in a presentation made by Murali Krishna, Child Protection Officer, UNICEF at a State-level workshop on Child Labour at the Marri Channa Reddy Human Resource Development Institute in Hyderabad.

Apart from Hyderabad, the presentation, based on the 2011 Census, showed that there was a high prevalence of child labour in Mahabubnagar, Ranga Reddy, and Adilabad districts as well. Karimnagar had the lowest number of child labour in Telangana.

Earlier, inaugurating the workshop, Home and Labour Minister Nayani Narsimha Reddy said the government was committed to abolishment of child labour and child abuse by the end of 2017. “We will initiate stringent action against those employing children at homes or business establishments,” he said.

Labour Commissioner Ahmed Nadeem said amendments were made to the Child and Adolescent Labour (Prohibition and Regulation) Act, 1986, and that brick kilns, beedi rolling units, construction sector, cotton sector, hotels and dhabas, apart from households, were the key sectors for employing children. 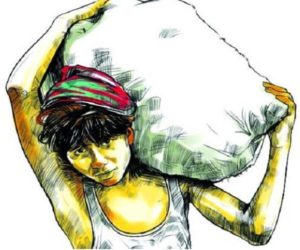 Govt And Law Fails To Curb ‘Child Labour’ Menace In Telangana
Prosecution against employers of child labour has become a challenge. The Telangana child labour department rescued 2,010 kids in 2017-18 and 1,100 employers were booked under the Child Labour Act. The rest went scot-free by flashing age proofs issued by doctors without conducting tests.

According to Telangana child labour department, “Whenever we book a case against employers, they walk free by paying a small fine. There is not even a single case so far where an employer was imprisoned in the state for employing children. The jail term should last at least three months and the courts should impose heavy fines. These can bring down child labour.”

In some cases, parents, employers and the medical staff team up to produce fake certificates. The joint commissioner added, “Du-ring the court hearings, many parents and employers produce the age proof issued by medical professionals. The courts should not accept the age proof issued by medical professionals based on the appearance of the child. We are also insisting on filing an FIR against employers as soon as a child is rescued.”

Though the Child Labor Act has increased the penalty for employing children from Rs 30,000 to Rs 60,000, this has proved insufficient to act as a deterrent, said senior officials from the child labour department.

According to them, more stringent punishments are needed. “Co-ordination between various agencies involved in the anti-child labour operations is also a challenge. Community participation is also important,” the commissioner added. 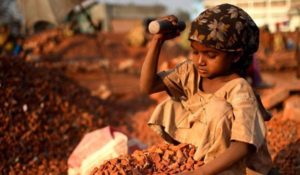 In Telangana, there are about 3.73 lakh child labourers among whom 49.2 per cent are girls in the age group of 5 to 14 years.

Child labourers are employed in the rural areas as cultivators or in household industries. In the urban areas, they work as domestic servants and in construction sites. Urban residents employ the largest chunk of child labourers as domestic helps.

Many of domestic labourers do not even know how much they are paid as their salaries are directly paid to their parents and the agents who brought them.

Varsha Bhargavi, coordinator of the state resource centre for the elimination of child labour department, said, “Child labour is more in the urban areas because lot of posh apartments employ young girls as domestic servants. These apartments have lot of security which prevents scrutiny.” #KhabarLive 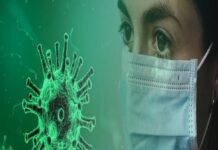 ‘Too Many Cooks’ Set The Pot Boiling in ‘Telangana’ as Congress...