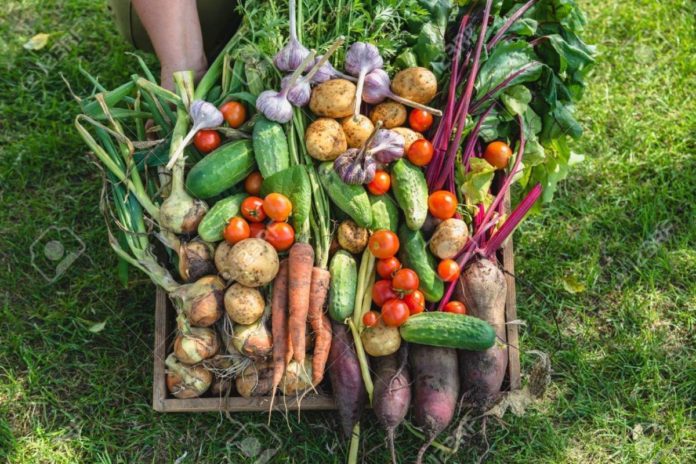 It is a cloudy yet sultry afternoon. Unmindful of the weather, sitting comfortably on a rope swing hanging from a branch of a banyan tree is Surya Chiluvuri. His wife Sandhya is seated next to him on a chair. They are both overseeing the work at — Vanee Farms at Kompally in Hyderabad. 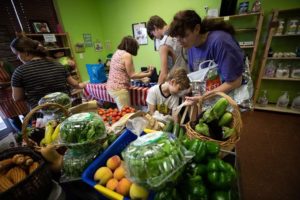 qAfter an erratic rain spell, most of the work — apart from sowing seeds — involves clearing weeds. “Looks like the weeds want to take over the coriander patch. Coriander seeds were sowed in summer and we had given up hope. To our surprise, they began to germinate soon after the rain. However they are far from ready to be harvested,” says Sandhya.

Squatted nearby, farm workers are clearing the ground of weeds uprooting them with the tip of a sickle and shaking off the soil from the roots. The seed bed is soft from the previous night’s rain, walking on it feels like walking on a soft carpet. On one patch of the six acre field, the gourd trenches are up and flowering. So are the various bean shrubs.

Surya and Sandhya consciously decided to move away from the city and settle on the outskirts just to be able to start the retired life of their dreams — living and working in a farm.

“After spending close to 20 years in the IT industry abroad and then a few years in Hyderabad, I was looking forward to leading the life of a farmer. This was fuelled by the urge to be able to consume chemical-free produce. I grew up in Ananthapur in Rayalaseema so I was eager to get back to my roots. Thankfully for me, Sandhya felt the same way,” says Surya.

After returning from the US Sandhya went back to college to pursue a degree in Fine Arts. “I specialised in craft and material study,” she shares.

It took the duo more than three years to get the farm up and running and Sandhya who is an artist is looking to open a studio as well. “I am no expert in farming, my husband is. When he suggested we move closer to the farm I was more than happy — think of the luxury of being surrounded by so much greenery. Ours is a vegetable farm, it took a few months to get people to come and buy our produce. We grow chemical-free vegetables but we are not certified organic yet,” explains Sandhya.

ALSO READ:  Why TRS 'Afraid' Of BJP's Rise In Telangana? 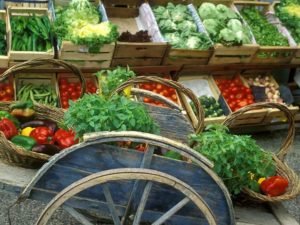 At Vanee Farm one can find staples such as ivy gourd, tomatoes, a variety of beans, gourds, papaya and leafy greens. The mango sapling will take some time to fruit and the duo is not in a hurry. “The whole idea of a chemical free farm is to let Nature take its time. Unless one is passionate and connected to the soil, they will not look at farming as something beyond a business,” adds Surya.

The farm has been a trend setter of sorts; they sell their fresh produce on Wednesdays and Saturdays on the premises, to locals. They do not sell anywhere else. “Fortunately for us, we are never left with excess unsold stock. Keeping in mind sustainable farming and living we limit our produce. That way we use water wisely. We have a cow, mainly for the manure,” adds Surya.

When they first opened their gates to sell vegetables, buyers walked in out of sheer curiosity. Soon they had repeat visitors and the couple has found many good friends among their customers. Sandhya recalls that in the beginning they felt very guilty when they provided plastic covers to buyers. “It didn’t cost us much in terms of money, but each plastic cover costs a lot to the environment. I decided to put my foot down and instead of plastic covers I brought a stack of newspapers from home and suggested that customers use these to pack their purchase. Surprisingly, no one complained or whined. They only spoke of the challenges of carrying vegetables with tomatoes and beans wrapped in paper.” 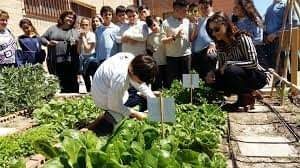 Thereafter, Sandhya took it upon herself to stitch some cloth bags and offered them to the customers instead. She also put out a a few lines on the noticeboard about bringing one’s own cloth bag to avoid plastic. “I leave no room for bargain on this issue. Apart from taking from the environment we should be able to give something back as well,” she smiles.

Now, the residents in and around Vanee Farms have stopped buying fresh produce from supermarkets. The couple is pleased to find buyers waiting at the gate minutes before they open the vegetable stalls. #KhabarLive