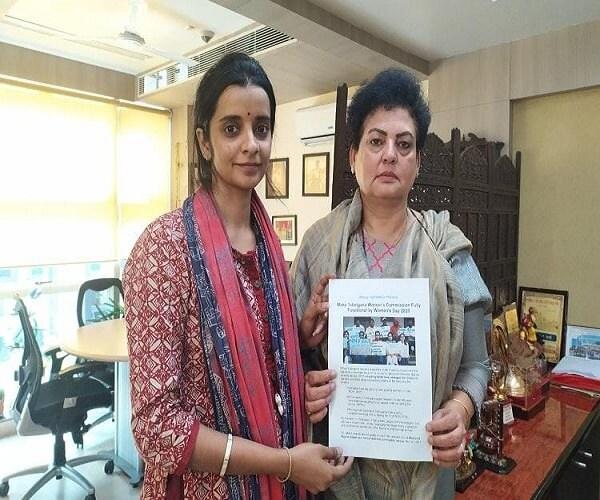 The National Commission for Women (NCW) has asked the Telangana chief secretary to immediately appoint a chairperson for the women’s commission in the state, a post which has been lying vacant since 2018.

According to media reports, 46 complaints were filed with the state women”s commission in 2018 and several more in 2019, but they remain unaddressed in the absence of a chairperson.

“It is shocking that the state of Telangana, which recently saw one of the most horrific crimes against women in recent times, does not have a chairperson for the state commission. It is unacceptable that a state women”s commission has remained virtually nonfunctional for nearly two years,” National Commission for Women (NCW) Chairperson Rekha Sharma said.

She was referring to the rape and murder of a woman veterinarian in November last year, which is more commonly known as the Disha case.

Just talked to CS Telangana. He is new and requested to resend the letter to him so that he can take up the matter with @TelanganaCMO https://t.co/e6bMCO8neQ

Earlier, the NCW had written to Chief Minister K Chandrasekhar Rao (KCR) on the issue. It had also requested Chief Secretary Somesh Kumar to take up the matter with the chief minister urgently.

The post of chairperson has been lying vacant since 2018 when KCR was re-elected to power. Tripurana Venkataratnam, who was serving as the chairperson of State Women’s Commission, demitted office in July 2018. As the post has been vacant since then, cases have been piling up.

Although the Commission accepts complaints in person, activists have repeatedly highlighted the lack of an online portal, which was forcing women to approach a police station to report a crime.

“Telangana is the youngest state in India and has already received recognition for its progress, especially in the IT sector. It is therefore shocking to see that we have no website for our State Commission for Women, despite receiving 100% funds from the Women and Child Welfare Department,” the petition states. #KhabarLive