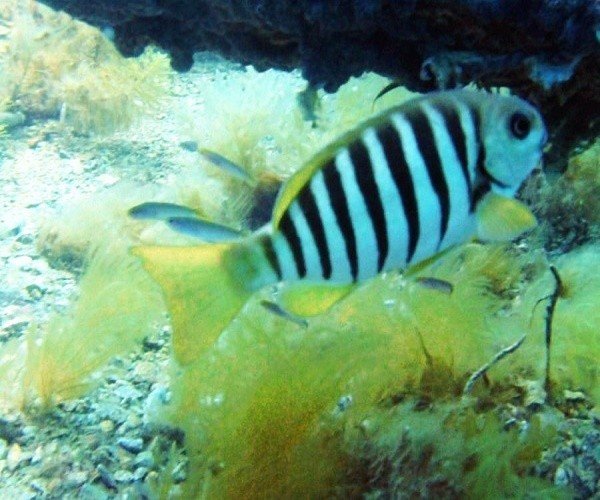 Experiments being carried out on them as they have organs like humans. It’s a tiny fish found in abundance in India that has come as a boon to scientists and researchers here. They no longer need to be dependent on primates or mice for conducting tests that go through strict regulatory controls. To top it all, the Zebra Fish have organs just like humans which they can also regenerate that makes them ideal for carrying out experiments.

Scientists have been carrying out tests such as putting cancer tumours in fish and using a whole lot of medicines that are available to check for their potency and efficacy. “This could help us in getting closer to providing personalised medicine,” said Rakesh Mishra, Director of Council of Scientific & Industrial Research (CSIR)’s Centre for Cellular & Molecular Biology (CCMB).

The CCMB that opened an exclusive state-of-the-art Zebra Fish research facility within its campus here a few months ago, organised a two-day nationwide meet recently. It brought together scientists from top institutes like TIFR, IIT-H, IGIB, IISER, etc., dealing with Zebra Fish as a model system for research to collaborate and discuss the ongoing work in areas of developmental biology, neurobiology, disease biology, behavioural studies and so on.

Dr. Mishra and Megha Kumar, in-charge of the facility here, told the presspersons on Thursday that about 40 labs in the country were currently working with Zebra Fish for it can mimic the human body.

“It has a limited life span and due to its transparent outer layer, you can see the embryo growing and the functioning of its body parts. And, it is 500 times cheaper when compared to working with mice or others which require a lot of facilities,” they said.

As its body parts can regenerate, it opens up “exciting possibilities” and is very efficient for genome editing, explained Dr. Mishra.

At present, the CCMB unit is concentrating on breast cancer research where the tumour is introduced into the Zebra Fish to check for cells’ behaviour and their expansion and controlling it by using the available medicines.

Other studies on Zebra Fish include behavioural ones like how the female fish does not produce eggs to fertilise when few drops of alcohol are introduced into a male!

Mr. Mishra said another exclusive research facility for gene sequencing would be operational soon, while a proposal to have a high-end imaging facility was awaiting government approvals.

Discussions were on with the State government for taking possession of land for its new field lab to test for rice varieties, on mosquitoes and others, near Bhongir, he said. #KhabarLive

The Sheer Political ‘Hypocrisy’ And ‘Outrage’ Over Rape In Parliament