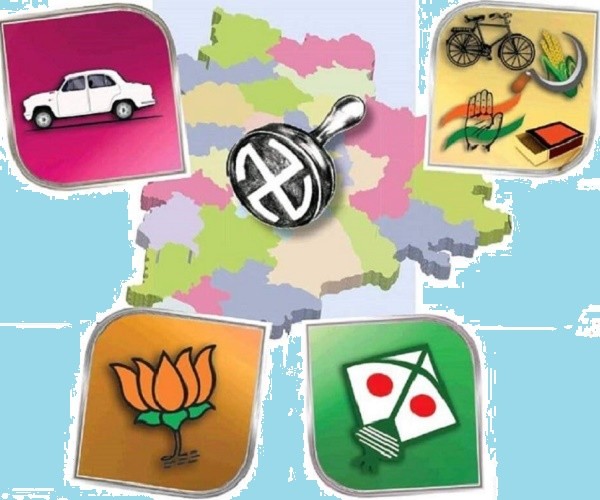 With two days left for final counting day, the contesting candidates of both the ruling TRS and the opposition Congress allies are concerned about the likely impact of various issues especially money factor. They are all under the grip of fears of cross voting that voters resort to at the time of casting their votes. The cash distribution is the principal factor that influences voters who change their decision at the last minute.

The Telangana early polls have witnessed high-pitched battles between TRS and People’s Front candidates who mounted attacks against each other in media campaigns as well as in the use of community and money power. Many segments are expected to witness slender majorities for winning candidates below 3,000 or 2,000.

Usually, the political parties’ candidates will have an understanding on the pockets that favour them and those that dot not get influenced by them under any circumstances. But over the years, there are sections of voters who are accepting money from all sides and casting their votes as per their will.

Because of the cross voting factor, the major parties are unable to come to an idea to what extent the use of money by rivals will impact their chances. There are fears that candidates’ money may end up in the pockets of second-rung leaders who may not be faithful to their parties to the full. However, analysts say cross voting mars candidates’ chances only in a few segments and it will have an impact in overall fortunes of parties in government formation. #KhabarLive