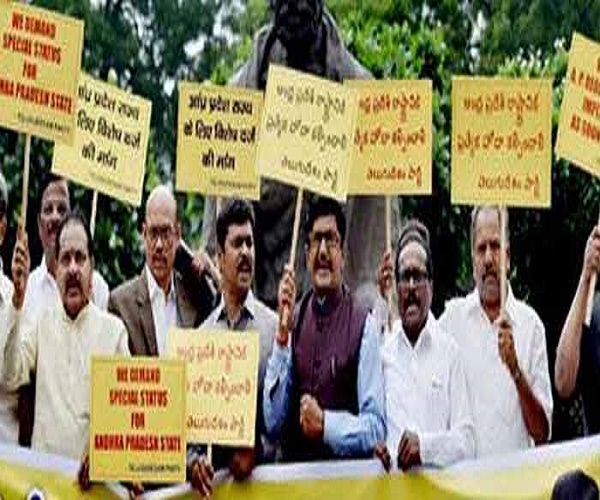 Already struggling with low budgetary allocation for healthcare and shortage of trained staff, health services in Telangana and residual Andhra Pradesh have taken a more serious hit due to issues arising out of bifurcation. Tejaswini Pagadala reports.

The last one month has been maddening for health officer Kaustav* who has had to run frantically to and from the Telangana secretariat. Ask him why and he says “What else can you do when you don’t have the funds even to run an ambulance service under the state health scheme?”

Kaustav is one of the top officials of the state’s health programme which was launched in 2005 by then Chief Minister Y.S. Rajasekhara Reddy. The state government, through this free initiative, has been providing emergency response services across the state in coordination with public agencies.

Running on the treadmill with sweat dripping down his face and neck, Kaustav says the transition phase after the bifurcation of Andhra Pradesh has been challenging, to say the least. Health services have been hit badly due to the split. Allocation and disbursal of funds have been halted and the confusion over postings of officials has only worsened it.

“Last month gave me nightmares. I did not have the funds to provide medicines to accident victims or those in any emergency, or even the money for fuel. I had to run to chief secretaries, keep haunting them every day about the lack of funds,” says Kaustav.

The funds under national schemes have been released last week after literally hounding senior officials in the ministry. “But, funds or no funds, there is no plan to better healthcare services and infrastructure facilities in the (Telangana) state,” he rues.

The big picture
After the messy division of the state of Andhra Pradesh leading to the formation of a separate Telangana state on 2 June, national health schemes like the National Rural Health Mission (NRHM), Society of Elimination of Rural Poverty (SERP) and the state scheme of Rajiv Aarogyasri have not received any funds.

Interestingly, central government websites like The National Rural Health Mission or SERP have still not updated their databases and reflect data for united AP.

According to Ravikanth Reddy of SERP, fund release was halted during the transition period. “Salaries of employees, too, were not given,” he adds.

Experts from the social sector say that even the state-run Aarogyasri scheme has seen a drastic fall in the number of beneficiaries in both corporate and government hospitals. Aarogyasri is a community health insurance scheme that provides financial protection to families living below poverty line, of upto Rs. 2 lakh a year, for the treatment of serious ailments requiring hospitalisation and surgery. Nearly 938 treatments are covered under the scheme.

However, Dhananjay Reddy, CEO of Aarogyasri, dismisses the drop in registrations as media speculation. According to the Aarogyasri Trust data, the number of patients registered under the scheme in Andhra Pradesh post bifurcation is 1,46,043 while that in Telangana is lower at 1,17,581.

According to him, the scheme will run in its existing form for both the states. “The Aarogyasri Trust has not been divided yet. So, any patient from either of the states can register under the scheme. This means the Trust will then check the nativity of the patient and put it under the account of the respective state.”

While the Telangana government is yet to take a call on whether to retain the scheme or scrap it, the Andhra Pradesh government is working to better the scheme under its health minister Kamineni Srinivas Rao.

On the other hand, health officials in the Telangana government say, on conditions of anonymity, “The confusion over postings in Andhra and Telangana health departments has complicated things and created bitterness among employees. The postings are temporary. So, just as we get settled in our current jobs, there is likely to be another shuffle and we would be transferred again.”

What the two states need
Commenting on the less than 2 per cent budget allocation to healthcare in Telangana, state cabinet minister K.T. Rama Rao recently said that the government would look at doubling the spending on public healthcare.

“Some states allocate more than 10 percent of their budget to healthcare. We will ensure that sufficient budget allocations are made to government hospitals which beef up accessibility of services,” Mr Rao said at a recent Indo-Global Health Summit.

Development of the public health sector, Mr Rao added, is crucial as nearly 85 per cent of the state’s population depends on it.

According to an NRHM report, health expenditures account for more than half of Indian households falling into poverty, with about 39 million Indian people (30·6 million in rural areas and 8·4 million in urban areas) being pushed into poverty every year due to health costs.

Meanwhile, the report of the Sri Krishna Committee, a committee constituted by the Government of India in 2010 to study the situation on bifurcation of (united) Andhra Pradesh, states that the combined public expenditure on healthcare as a share of the State Domestic Product declined from 1.29 per cent in the 7th Five Year Plan to 0.96 per cent in the 8th Five Year Plan and had further declined to 0.76 per cent by 2005-06. Thus, there was a continuous decline in budget allocation to health services even before bifurcation.

On the allocation of budget for healthcare after the splitting of the state, Archana, a development communication specialist working on national health programmes, says the amount which was earlier allocated to the combined state for these programmes would now be divided between the two states.

“The division of funds for health schemes depends on the health indicators in respective regions. It will not have anything to do with the bias of the Centre or any political reason,” she adds.

Other challenges
Another problem staring at both the states is the shortage of doctors. According to the Sri Krishna Committee, Telangana excluding Hyderabad trails behind Rayalaseema and coastal Andhra in terms of the availability of doctors.

Given that the Telangana Rashtra Samithi (TRS) is struggling to keep its poll promise of setting up a super-speciality hospital in every district and the Telugu Desam Party is planning to focus on privatisation of healthcare, both the states would require nearly 5,000 doctors, say experts.

Dr. B. Bhaskara Rao of KIMS hospitals affirms that both states need to focus on improving services and infrastructure at government hospitals. “This will strike a balance between corporate and government facilities,” he adds.

As things are yet to take shape for the two states, “one can only wait and hope that they don’t damage the ailing healthcare sector further,” says Kaustav. #KhabarLive

An Insider’s Account Of The Changing Face Of Banking