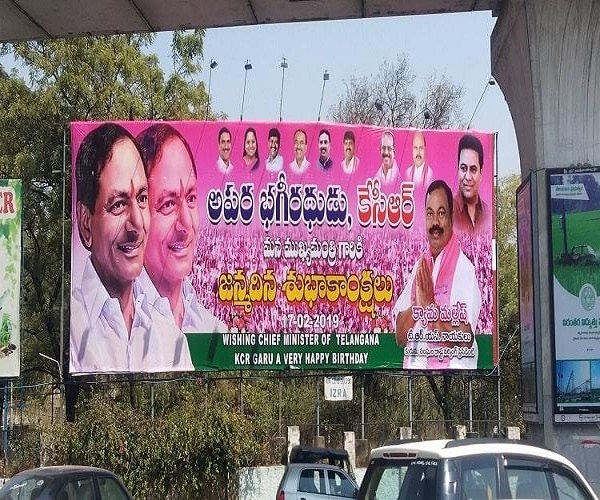 Illegal hoardings of the Telangana Chief Minister and his son KT Rama Rao adorning the city are nothing new, but the Hyderabad mayor, who is from the ruling party, levying a Rs 25,000 fine on a Congress MLA’s hoarding erected.

Hyderabadis on Twitter reacted to the mayor’s tweet by asking him to levy the fine on all offenders irrespective of party affiliation. People also called him out for selectively targeting an opposition leader.

Mayor Bonthu Rammohan on Saturday tweeted that Rs 25,000 fine has been levied on a supporter of Congress MLA Sudheer Reddy for erecting his leader’s hoarding on the newly inaugurated LB Nagar flyover. But according to the challan, the fine was charged on the MLA and not his supporter. The fine was charged under sections of the Hyderabad Municipal Corporation Act, 1955.

The mayor tweeted, “No one is above the law & will not be spared if violates. Found illegal hoarding erected by a follower of Hon’ble MLA Sudheer Reddy & instructed the authorities to penalise the act. He’s been fined with Rs.25K Plz be a responsible citizen.”